Home / blog / How Many Calories Can You Burn On An Electric Bike?
Return to [Mobile]
All Products 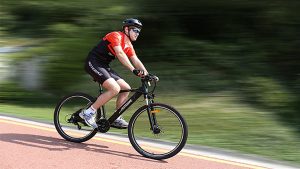 One rider said: I am exhausted after my 36 mile round trip commute, which includes huge hills and traverses three cities. My regular electric bike rides have definitely help me get healthier, and have caused me to lose 30 pounds so far. After all, most electric bikes (including mine) work on the Pedelec system – that is, they don’t work unless you do too!

Riding an E-bike is Really an Exercise

I bristle with fury when anyone compares my exhausting commute to sitting on a couch. My body tells me that it is major exercise. Now, I have the proof!

Ron used his engineering smarts to find out. He came up with proof that he could burn almost as many calories on an electric bike as on a regular bike.

Because of his heart constraints, Ron always uses a heart rate monitor while cycling.He can still do group bike rides and even go on long-distance biking vacations with his wife. He just wears his heart rate monitor, pedals the bike like a regular bike – and then uses the electric assistance whenever his heart rate is close to his “danger zone” of 140 beats per minute.

Being a scientist, Ron did some testing to see how many calories you can burn with an electric bicycle. He did the same ride two times, once with assistance and once without, and measured all the stats. 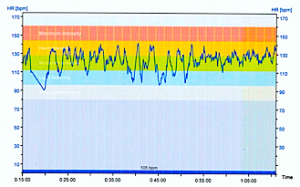 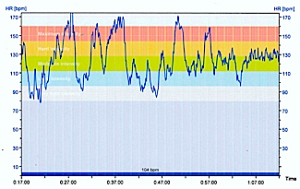 Graph 2: The SAME bike ride over moderately hilly terrain, with NO electric assistance. The blue graph line is Ron’s heart rate, occasionally getting into some scary danger zones.

Ron’s heart rate monitor not only measured his heart rate – it also supplied some very interesting information about the calories he burned on the two bike rides. This graph shows both bike rides, with the number of calories burned on both rides. 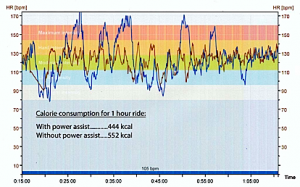 Graph 3: The number of calories burned on both rides – one with electric assistance, one without

Yes, You Can Burn a Lot of Calories on an Electric Bike

What is a Pedelec?

Pedelecs are bikes that require the cyclist to pedal in order to get the motor to kick in. There are some electric bikes that can be ridden with throttle only, so that the rider is not required to actually pedal. HOTEBIKE is an example of a Pedelec, which be ridden in throttle mode or as a pedelec.
You will cycle more with an electric bike – and the cycling will improve your health and burn up many calories.
So if you want to move from being a non-exerciser to an exerciser, and integrate exercise into your daily life – without the stress of being unable to make it up hills – a pedelec electric bike seems to be a great way to go! 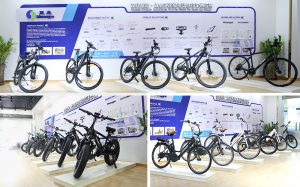 Previous: Happy Father’s Day. Do Not Miss HOTEBIKE Promotion, UP To 110USD