Home / blog / Cycling is good for health, but will it make your thighs thicker?
Return to [Mobile]
All Products

Cycling is good for health, but will it make your thighs thicker?

For most people, spending a few hours a day on a bicycle to exercise (training) is unrealistic. But have you ever wondered what it is like to spend half an hour cycling every day?

You will love cycling

Not everyone can take the time every day to specialize in cycling, especially after get off work, there is always a feeling of physical and mental exhaustion, let alone cycling or gym fitness. How to do? Cycling to and from get off work is a good solution, especially if the company is less than an hour’s drive from the residence. According to 2015 survey data, in the most enthusiastic city of Portland in the United States, 60% of citizens ride more than 2.5 hours per week, most of which is spent commuting to and from get off work. In a city with heavy traffic, bicycles are faster than cars, and they also exercise while riding, which is really a lot of benefits. 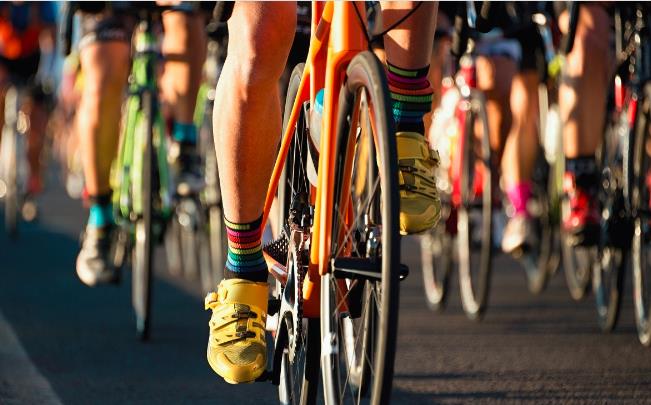 Since insisting on cycling, the whole person is full of energy

Persist in moderate riding-at least half an hour every day, can help you reduce fatigue, improve responsiveness, memory, and make your thinking more sensitive. Cycling can also reduce anxiety and depression. Cycling is a way to relieve stress. Several research institutes have confirmed through experiments that exercise makes people live longer. 30 minutes of exercise 6 days a week can help them live longer than their peers who do not do any exercise.

No more worry about eating too much

Especially for foodies, there will be no sense of guilt for “extra eating” after two more desserts every day after cycling. Exercise can offset the negative effects of overeating to some extent (although you will still gain weight). 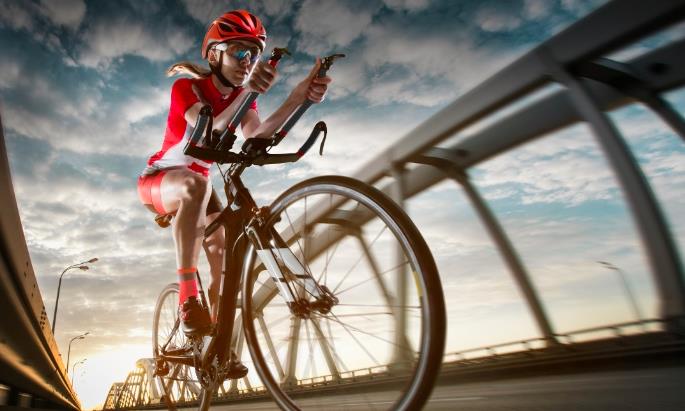 As for the impact of cycling on muscles, girls are most concerned about the impact on body shape. Now let’s see if there will be any impact.

In fact, exercise is how the human muscles work, and the essence of the effect on body shape is the problem of muscle shape. Exercise can change muscle morphology, which is certain, but what kind of exercise will affect the muscles, and what effect will this effect have on muscle morphology.

From the morphological point of view alone, there are four types of changes in the rules of the shape of an object, which are longer, shorter, thicker, and thinner.

For each muscle, it has a fixed start and end point, which is located on the bone. Different muscles have different starting and ending points, so from this perspective, the lengthening and shortening of muscles is impossible for a mature individual.

There is no change in length, only the difference in thickness, and muscle thinning is generally unlikely, unless it is muscle atrophy caused by long-term inactivity of certain muscles. Another thing is that the muscles become thicker, which is actually an increase in the cross-sectional area of the myofilament. Generally speaking, it is a reaction that occurs after the muscle bears the load and adapts to the load. This response is the increased ability of the muscle to resist the load. Muscle thickening is the effect of adapting to increasing loads, so for healthy people, although it seems that muscles only have a form of thickening, this form will only occur when certain conditions are met.

In terms of training, this condition for thickening the muscles is repeated practice under multiple heavy loads.The effect can increase the body’s ability to resist maximum resistance and increase endurance against maximum resistance, but the speed of movement will also increase. Resistance increases and slows down.

(2) The effect of cycling will not make the muscles thicker

For most projects, the speed of movement is crucial, so in general training, the training method that takes speed as the core and balances strength is used.The practice method is to quickly overcome the high-intensity load, the number of exercises Rarely, generally under sub-limit or extreme load, the exercise against resistance is only done once or twice.This kind of exercise can increase the rapid explosive force of the muscles that overcome the resistance, and can increase the absolute strength of the muscles, but the muscles will not Thicken.

Judging from the performance speed of the muscles when working, the less resistance the muscles overcome, the faster the movement speed and the greater the resistance, the slower the muscles work. 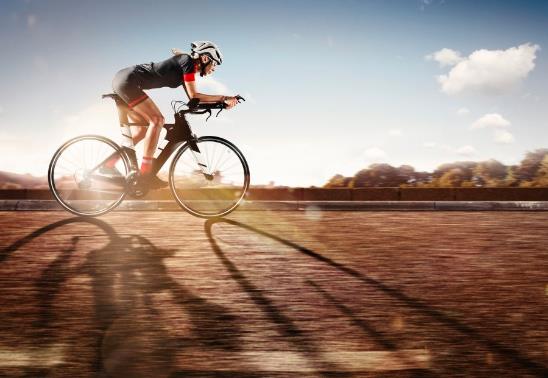 (3) The effect of endurance activity on muscle

As we have said before, low-load exercise does not make muscles thicker, and endurance exercise is a long-term low-load exercise.It is divided according to the body’s energy supply system during exercise.It is called aerobic exercise, endurance exercise. If only from the morphological point of view, it will not have any effect on the muscles. From a physiological point of view, endurance exercise can increase the mitochondria in muscle cells, and the muscles’ ability to work aerobicly is more durable. While cycling does not involve the factors of strength training, what is changing the body?

After proper and appropriate exercise, you will find that the distribution of fat is actually changing, not the shape of the muscle. After exercise, the fat is consumed and the fat layer becomes thinner. A good fat ratio will make the body longer. To achieve the purpose of bodybuilding, of course, for too thin body, still need some strength training to achieve the purpose of plumping muscles, but this kind of strength training must be targeted and appropriate, using the correct method to achieve the goal. 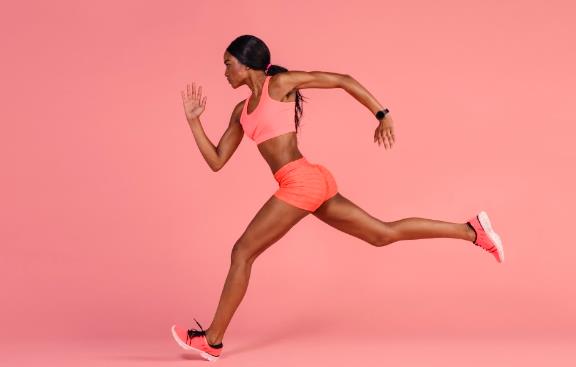 To put it simply, exercise for the purpose of consuming fat must definitely select fat as the energy supply. For the characteristics of fat, the function of fat is slow and the oxygen consumption is high, which also determines the work of aerobic exercise. This is the best way to consume fat.

In general, if you only look at the effect of cycling on the body, it is undoubtedly unnecessary to worry about the muscles becoming thicker. The effect of cycling to reduce fat is indeed very good. Not only is riding a long-term low-load exercise, but also the stability of the bicycle is good, and it is easy to control the intensity. However, the problem with cycling is that it is too regular to exercise muscles, and lacks in improving the coordination between muscles. 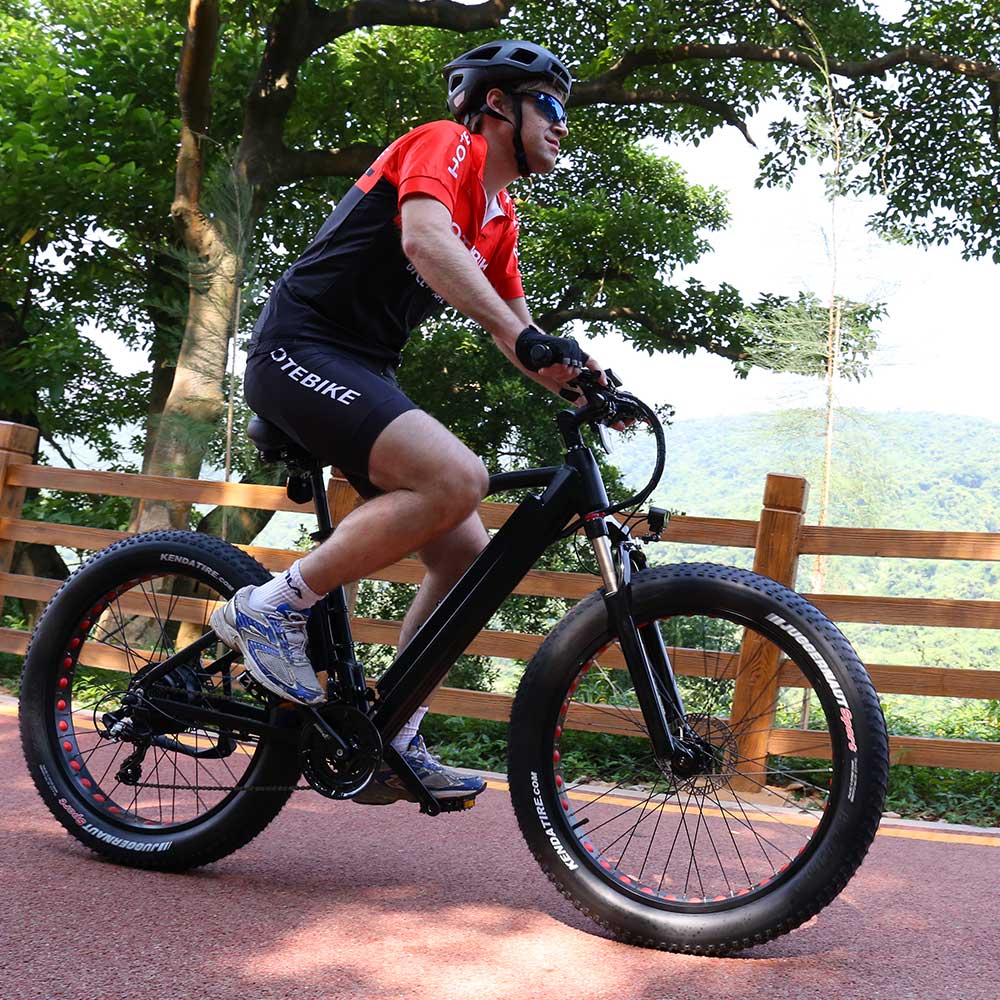 Next: Best electric bikes reviewed: our hottest ebikes in 2020