Shimano, Campagnolo and SRAM have all offered electronic shifting for several years, FSA has joined them, and SRAM has updated its eTap system to 12-speed and launched a less expensive Force eTap. With complete electronic-shift bikes costing from around £2,400, should you be thinking about making the move?

Take SRAM’s eTap system. When you move from the small chainring bike to the big chainring bike, the cage overshifts slightly to help the chain make the jump. Then a fraction of a second later, once the chain is up there, the cage moves back inboard to its standard position. 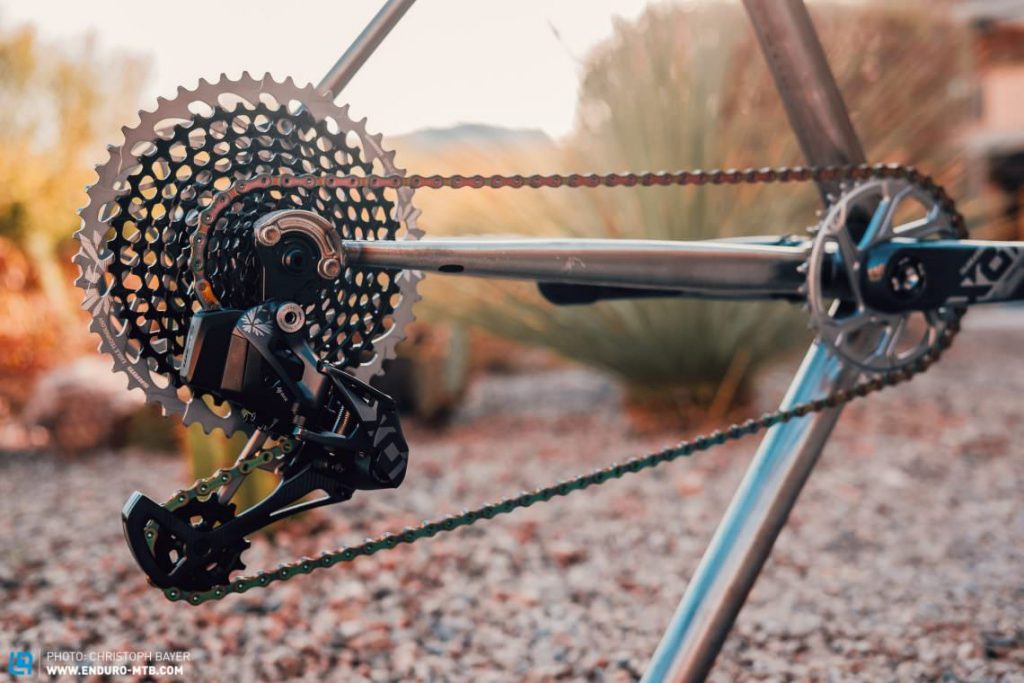 When you’re shifting from the big chainring bike to the small chainring, the cage moves inboard in two stages. First, it shifts just enough to move the chain down. Then a fraction of a second later, once the chain is down on the inner ring, it moves a little further across. Doing things this way avoids the possibility of the chain coming off the inside of the chainring bike.

The extent to which these two things happen depends on the sprocket that you’re in at the time. Say you have the chain on the small chainring bike and one of the larger sprockets and you want to change to the large chainring. The rear mech lets the front mech know that it needs to overshift more than it would if the chain was further outboard on one of the smaller sprockets.


The bottom line is that you get excellent shifting even under load.

“Dura-Ace or Ultegra Di2 electronic gear shifting moves the chain exactly where it needs to be through a programmed front or rear derailleur position,” says Shimano.

“The science behind it is truly incredible and also programmable to your specific shifting preference [see below]. You make a command and the system responds accurately every time. In a race situation the reliability and the confidence it inspires can mean the difference between making a break or not.”

Quicker shifting
If you want to shift right across the cassette with a mechanical shift system, you need to press the lever more than once (different systems require different numbers of presses). With electronic systems you can shift from one side of the cassette to the other when you press and hold the lever in. It’s just a little bit easier. 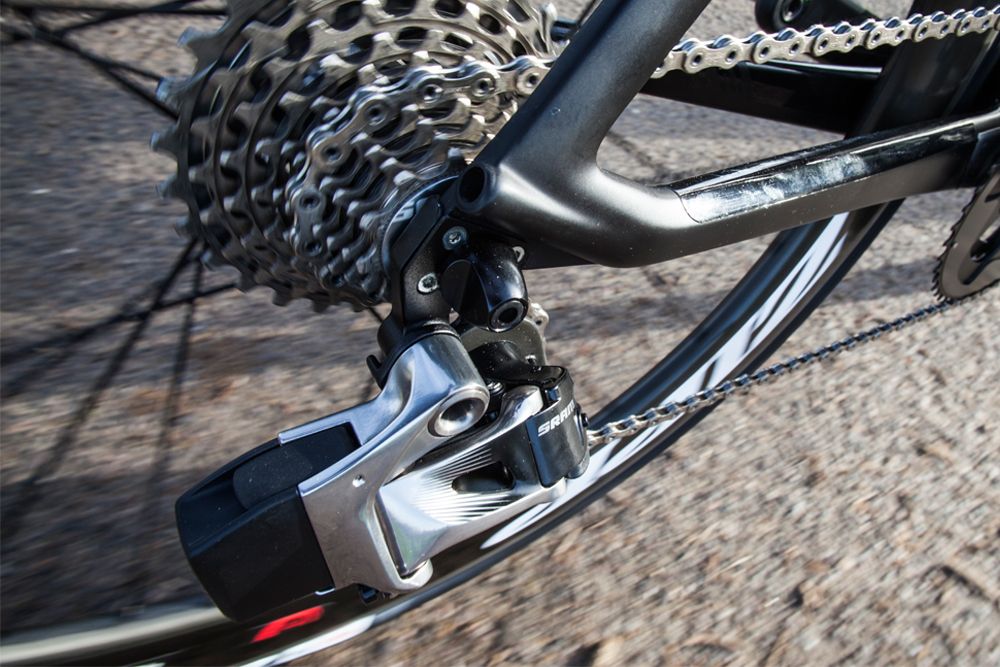 No chain rub
Once a Shimano Di2 or Campagnolo EPS system is set up correctly, no matter what sprocket you are in you never need to adjust the position of the front mech to prevent the chain rubbing on the front mech’s side plates because it is done automatically.

After you shift the rear derailleur you’ll sometimes hear a whirr as the front mech moves slightly to take account of the chain’s new position, the idea being to improve efficiency and reduce wear.

SRAM says this isn’t necessary with its eTap system because there’s no danger of chainrub no matter which chainring/sprocket combo you’re using.

Simple operation
Changing gear with an electronic system requires a far shorter lever movement than with the mechanical equivalents. You’re really just pressing a button, never needing to sweep a lever across.
Moving the levers on a mechanical system is hardly the trickiest operation in the world, but it can be a bit of a reach if you want to shift across the entire range available to you. Things are just a little simpler with electronic systems.

Multiple shift position options
On a road bike with Shimano or SRAM electronic shifting you usually change gear via the combined brake and gear shifters, a lot like you would with a mechanical system, but you can add satellite shifters elsewhere on your handlebar to make it slightly easier to change gear in certain situations, especially when racing. 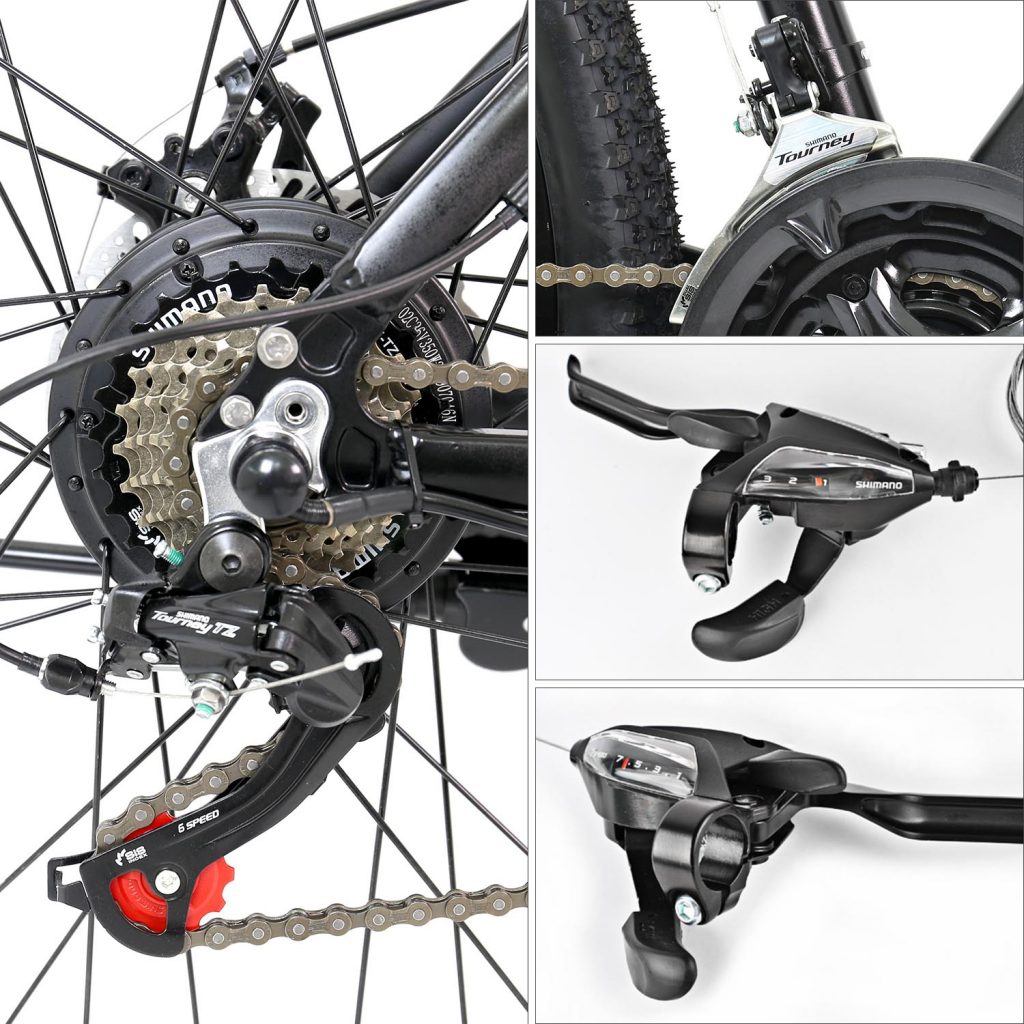 With an electronic system, you can have shifters on the aero extensions and on the base bar, so it’s easy to change gear if you’re out of the saddle when climbing or coming out of a tight corner.

With an electronic system there’s very little routine maintenance and you’ll never need to replace a cable. Little, if any, tuning is required after the initial set-up.

Even that initial setup is very easy with SRAM’s eTap system. It’s wireless so there’s no need to route cables through your frame.

Mechanical shifting has been working fine for many, many years and it will continue to do so, and it’s considerably cheaper than an electronic setup. If you don’t find the benefits we’ve listed above compelling enough to convince you to change to electronic, no component manufacturer is going to stop offering mechanical shifting any time soon.

One of the most frequent objections to going electronic is the possibility of running out of charge mid-ride. That’s unlikely to happen unless you really don’t concentrate. You’ll get hundreds of miles between charges on every electronic shift system, and plenty of warning that you’re low on juice.

Even if the battery does go flat, you can manually put the chain into the gear you want and ride home singlespeed.

Of course, you don’t need to make the switch to electronic shifting.

“You can also get precise, fast and accurate shifting from Dura-Ace, Ultegra or 105 mechanical gears,” says Shimano. “In this sense, as well as making a command – ie pushing the lever – you also operate the system by pulling or releasing a cable.

“There’s a certain art to setting up your drivetrain manually to get this level of efficiency. A lot of riders prefer to know how to operate every individual component within their drivetrain, which is easier with a mechanical system.

“With each type of shifting having its merits, the question is whether you want to command your drive train through the push of a button, or to physically operate it using a lever. Perhaps the answer is to have both depending on the particulars of your ride.”

Most people we know who have tried electronic shifting for a significant period of time want to stick with it, but the choice is yours.

Previous: EBIKE TIRES: All You Need To Know

Next: How do Electric Bike Motors Work