The hot trend of lectric ebikes has given rise to what can seem like a daunting array of customizable features, not the least of which concern the motor. Let’s take a look at how do electric bike motors work, so we know what happens once the power leaves your bike’s battery, and starts to get you really moving. 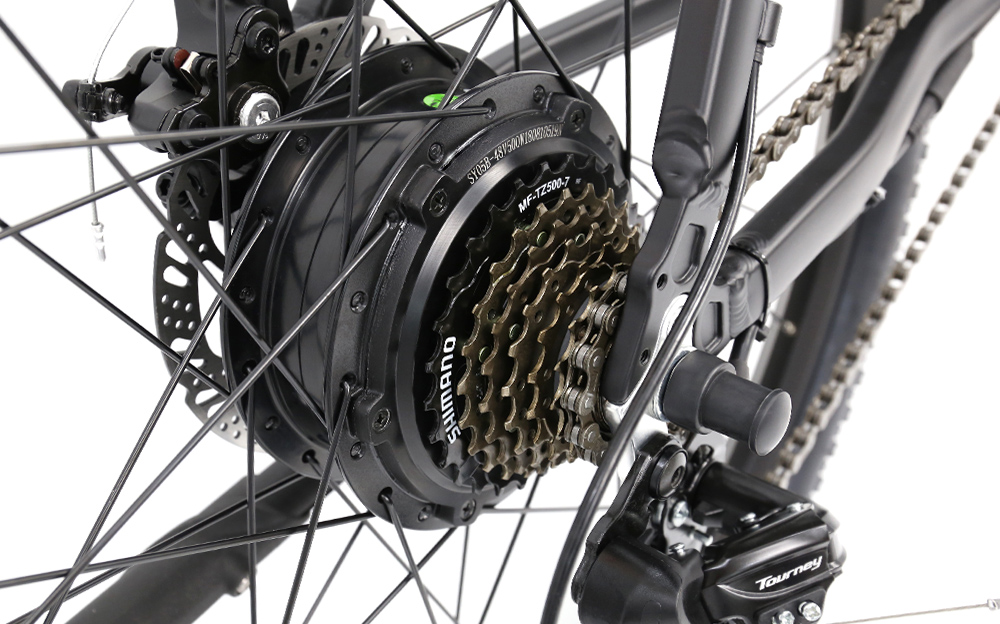 First Stop, The Controller
Once electricity starts to leave your battery and head to your electric motor for bicycle, it has a small pit-stop in between: the controller. In any electronic device, the controller manages how much power is being delivered to the motor, in essence determining how fast it is spinning. For an electric bike, things can be a bit more complicated, depending on the level of assistance the bike model offers. Say you’re feeling like you want to go riding without help, then you can be in “pedal only mode,” where the electric motor for bicycle receives no power, and all the work is being done the old fashioned way, by your legs. Then imagine you see a big hill up ahead, and you don’t feel like getting too sweaty. Now you might enter “pedal assist mode,” where both you and the motor work together. Depending on how much you work, and how hard you pull on the throttle, the ratio of human and machine power will vary, but either way both your legs and the motor are working together to spin your bike’s back wheel. Finally, at the end of the ride, let’s say you’ve exhausted yourself. Well now you can kick back and go into “electric only mode.” It doesn’t get any easier than this, as you can even take your feet off the pedals, and let the electric motor for bicycle do all the work for you, almost like an electric scooter or moped. Often, a small device with a display, mounted on the handlebars, will let you choose which mode you want to be in, as well as offer you helpful information about your ride: how far you’ve ridden, how much power you have left, calories burnt, and more. 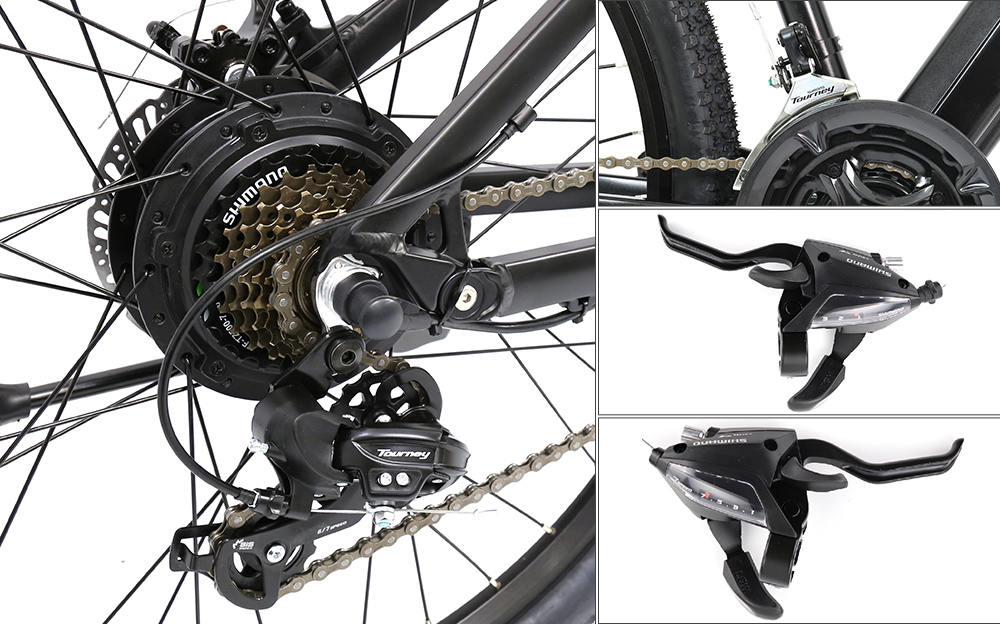 Motor On
As for the electric motor for bicycle itself, there are two common setups with electric bikes. In a more old-fashioned and low-cost setup, the motor is on the rear, with what may be known as a “rear hub” setup. Power flows from the battery to the rear motor, which then directly spins the wheel. This gives the rider the sensation of being “pushed.” More advanced electric bicycles employ what is known as a “mid-drive” motor. Here, the motor sits in the middle of the bike, engaging the bike’s drivetrain. This is similar to how a rider would naturally pedal their bike, with the power they generate then being sent along their chain to spin the back wheel. It also means that the motor interacts with your bike’s gearing the same way you would, meaning hill climbs are more efficient for both your legs and your battery if the bike is in a low gear.

Brushless Motors
While some older electrical devices may use what is known as a “brushed DC motor,” a good electric motor for bicycle is brushless. In an old-fashioned brushed motor, the “brush” is a piece that conducts electricity, serving as a go-between from stationary wires, and the moving parts of the motor itself. This means that as the motor is used and ages, the brush can wear away, break down, or get jammed up. They’re also noisy and occasionally prone to sparking. Contemporary electric motors for bicycle, with their brushless DC (direct current) motor setup, aren’t subject to those problems. The motor is essentially, turned “inside out,” swapping where the magnets that comprise a motor live. By alternating which electromagnets are energized at any time, and changing them sequentially, a brushless motor can turn the shaft, which then propels the bicycle. So in short, the battery sends power to the controller, which then passes it on if the rider is choosing not to just use their legs to power the bike. From there, it goes to the electric motor for bicycle, where it energizes magnets to spin the shaft, which turn the gears, and move the bike and rider forward. If you need to know other knowledge about electric bicycle accessories, please click on the link:HOTEBIKE

Previous: Electronic Shifting for Every Bike

Next: How To Choose The Right Electric Bike Spokes