Some people might call this a women’s bike. Hell, Amazon even calls it a women’s bike. But come on folks, it’s 2020. Are we really going to let the shape of a single frame member on a bike determine which gender it’s for? These days, any bike can be anything it wants, gender and frame shape be damned! 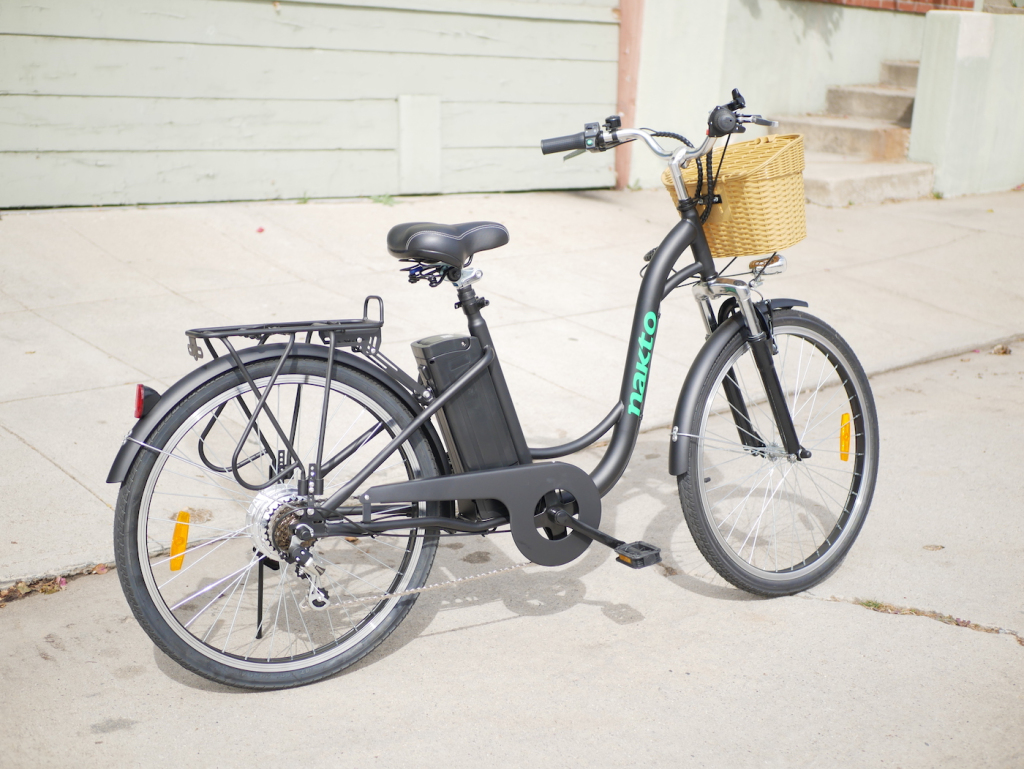 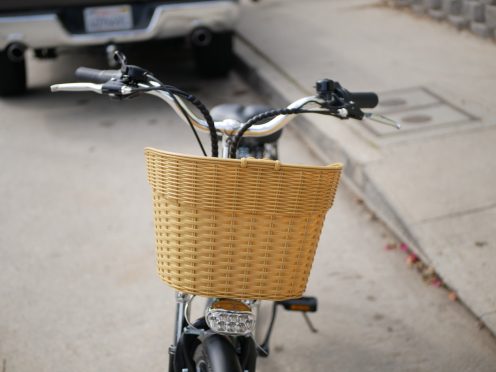 It’s a Dutch-style e-bike which makes it a standard city or commuter bike, but it’s got a suspension fork that would allow it to feel a bit more comfortable on light trails and it even has a rack and basket setup for hauling cargo. It almost feels like a step-through beach cruiser, but with narrower tires.

Basically, this bike has no idea what it wants to be. It’s like it got dressed in the dark. But you know what? It works. And I respect that.

What I can’t respect is that basket material though. I went into this thinking I was getting a cool-looking woven rattan basket. What I actually got was a plastic imitation rattan basket. No tropical palm wood here, just good old fashion polypropylene. It still works fine as a basket, but not nearly as cool as I was expecting.

The rest of the Nakto e-bike was less of a disappointment. The seat is comfortable, the headlight works, the brakes are simple but effective, the rear rack is a nice feature and I can’t even complain about the Nakto not including fenders because somehow they managed to slap those babies on there and still maintain a bargain-basement price. 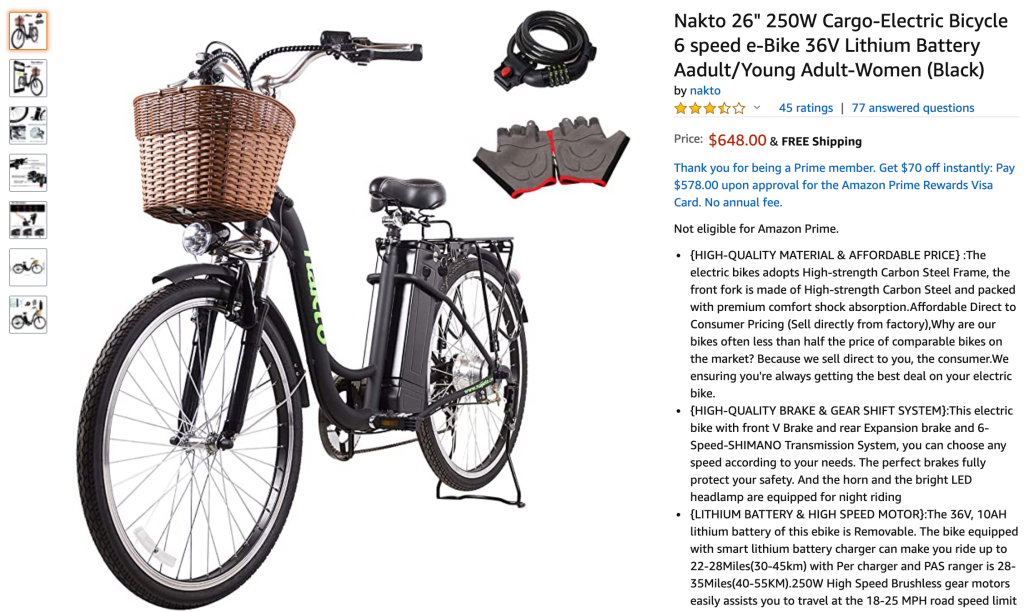 I didn’t get that cool Dutch-style kickstand on the rear though, which was in the photo on Amazon. Instead, mine came with a typical side stand. I would have preferred the one from the Amazon ad, but I guess this steel-frame e-bike is heavy enough without a giant, overbuilt Dutch kickstand.

On flat ground, performance was actually great and I had no complaints. On hills, acceleration and speed dropped in accordance with the steepness of the climb. Fortunately, I had a Shimano 6-speed drivetrain to help me add some good, honest pedaling power on the hill climbs.

Oddly enough, the Nakto doesn’t offer multiple pedal-assist levels – you either have pedal-assist or you don’t. But one level was fine for me, considering the price. If I paid more than this, I might expect more customization.

The front suspension fork is as cheap as you’d expect it to be, but felt like as much as I would need for typical street riding.

I actually did a bit of dirt riding and found the Nakto to be acceptable, but just on the edge of acceptable.

This isn’t an off-road bike by any means, so stick to streets or smooth dirt trails and flat grassy lawns. 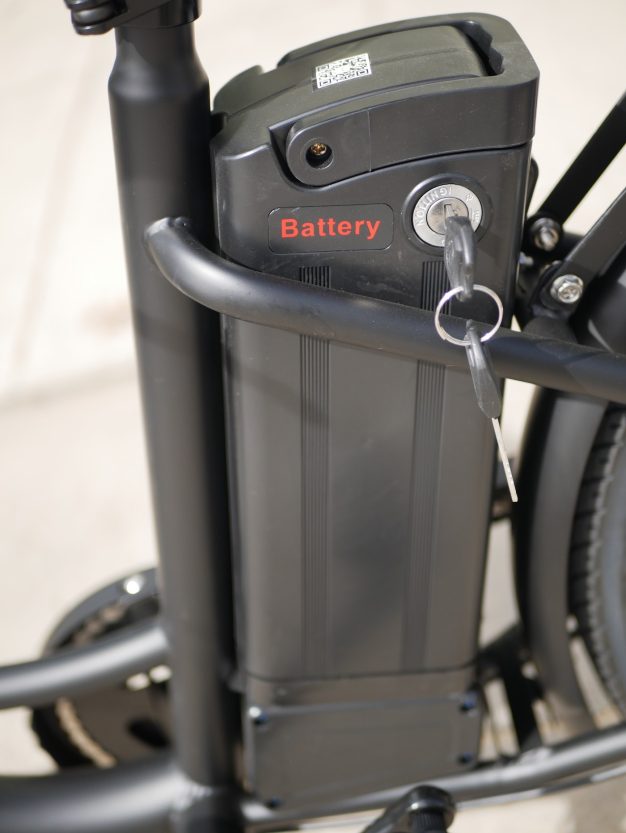 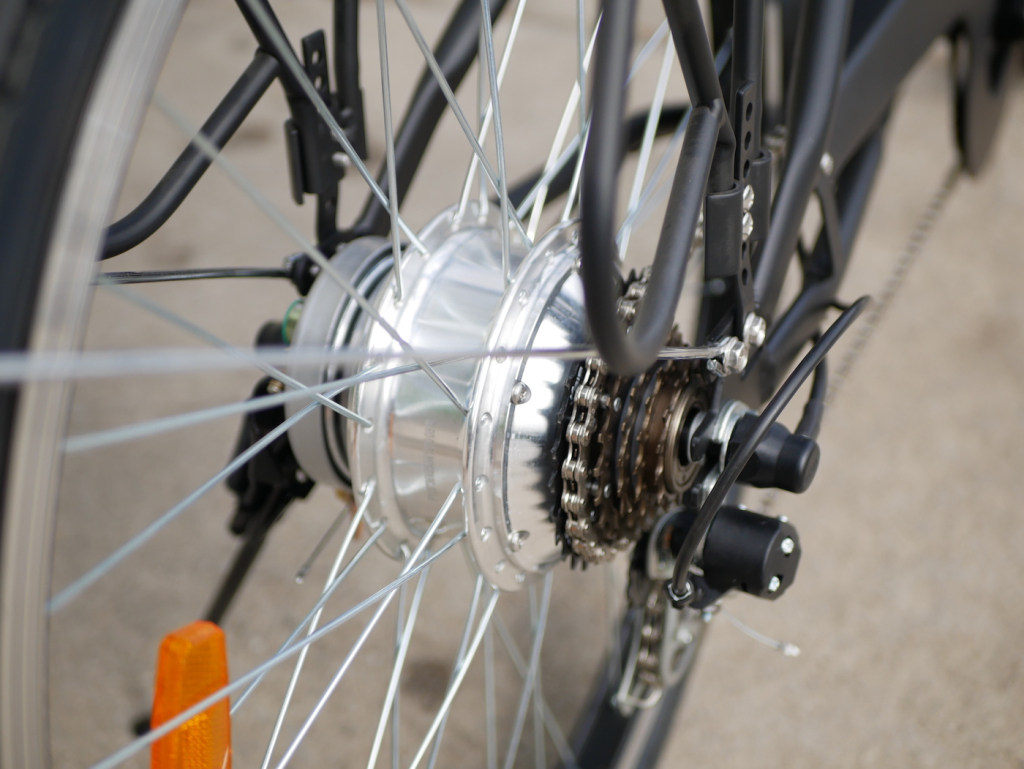 nakto 26″ electric cargo bike e-bike
Ultimately, the bike actually worked just fine as a typical, flat land city bike. For a $599 e-bike, (or $648 if you want it in black), I can’t gripe too much about the cheap cost-cutting measures like plastic parts and modest battery size.

The bike gave me a proper, upright seating position and was comfortable enough for all of my riding. In the end, my biggest complaint is that I must have pushed it too hard on my hill climbs and I blew a fuse in the battery. While I’m glad to see the battery is fuse protected, I have to wonder if spending an extra 50 cents on a higher quality fuse wouldn’t have been a wise choice for the Nakto design team. I can’t imagine I truly pulled that much power from the thing, but rather they just stuck cheap fuses on the batteries that can blow early or wear out over time due to cheap material.

So if you go with the Nakto, do it because you are on a budget and want a cheap, full-size electric bike. Don’t do it because you expect something of great quality. This is a decent e-bike for light use, but not a great machine by any stretch of the imagination. This bike is the definition of mediocrity, but sometimes a mediocre bike is all anyone wants or needs.

Oh, and maybe tape a spare fuse under the seat. You never know… 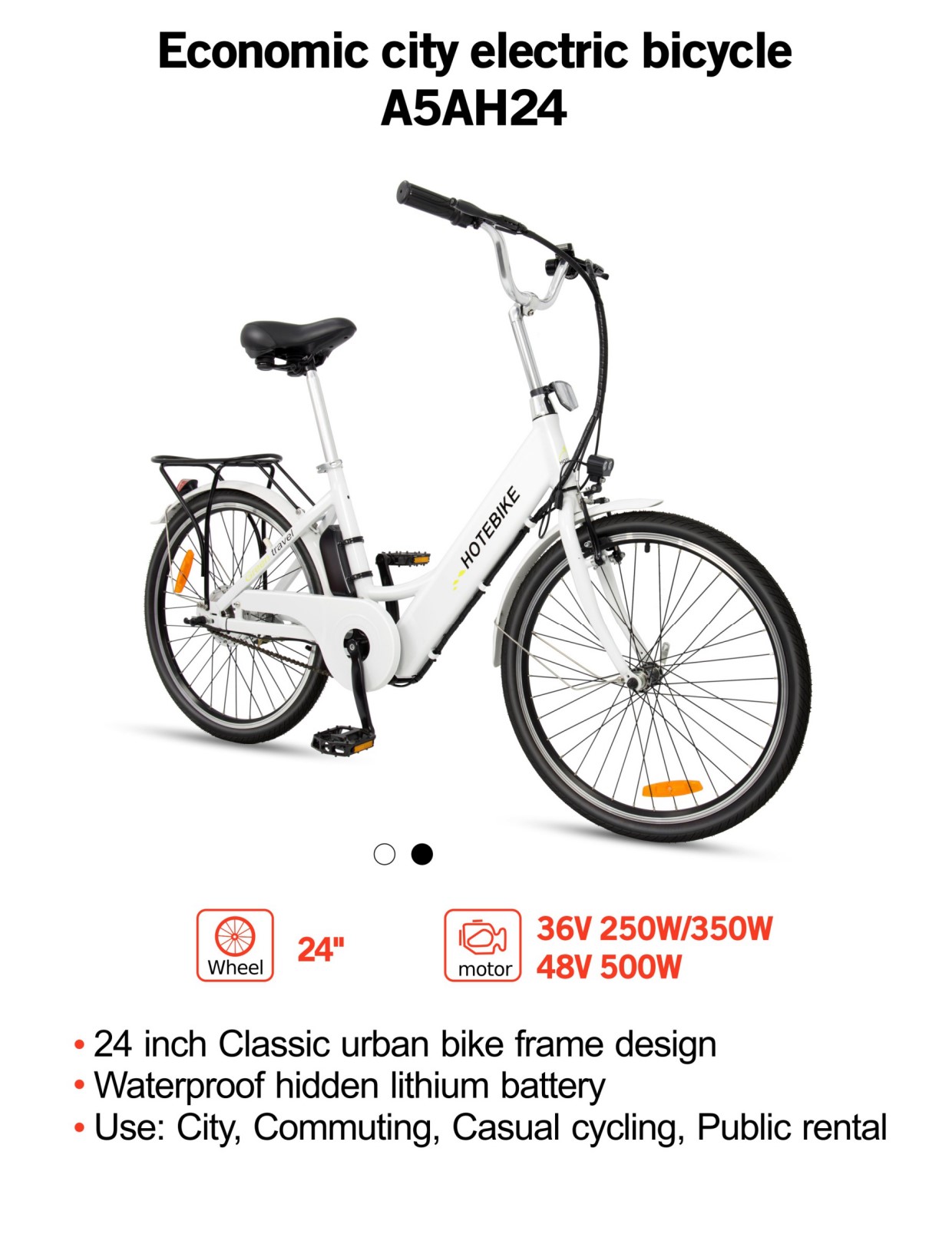 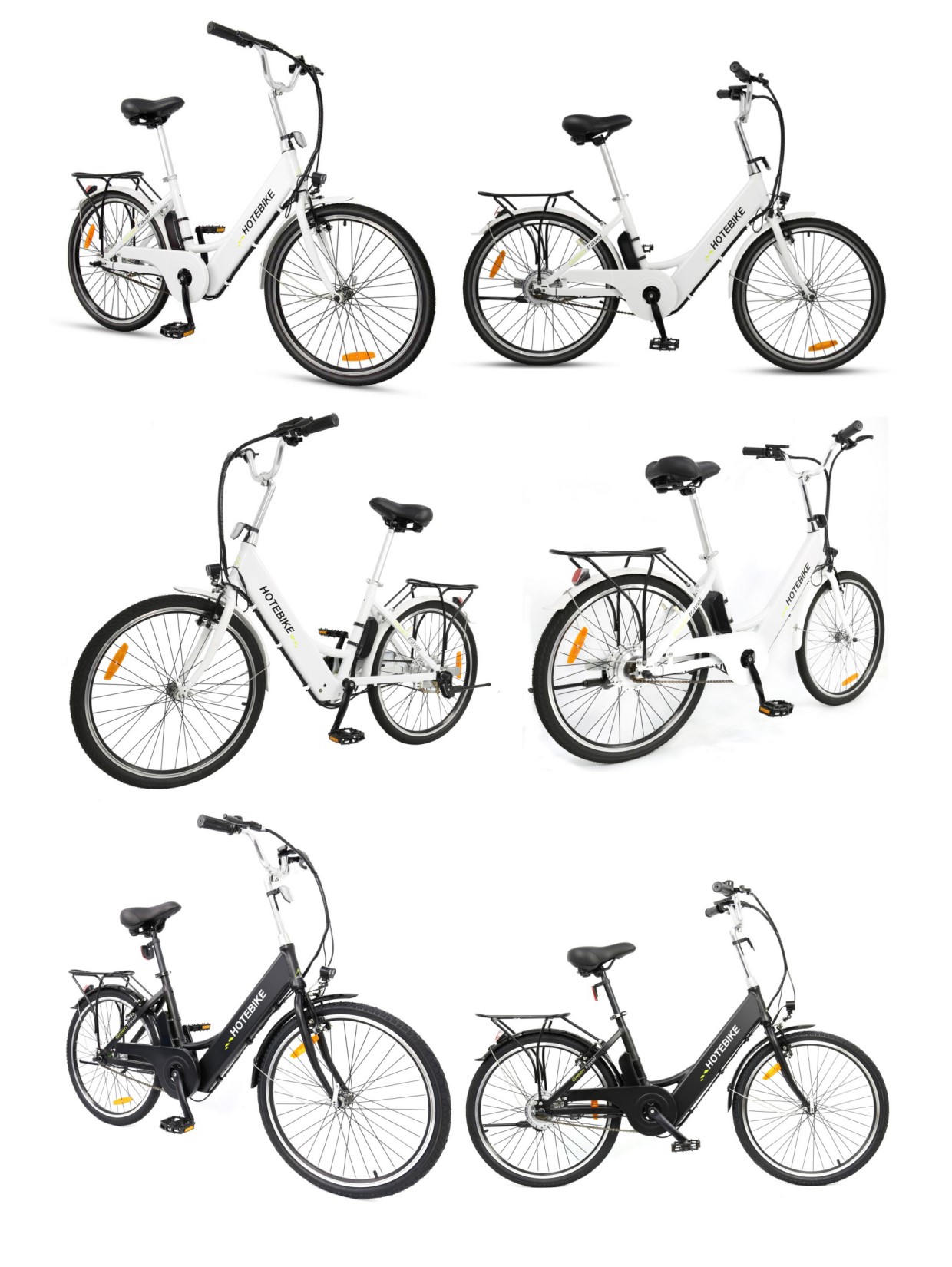 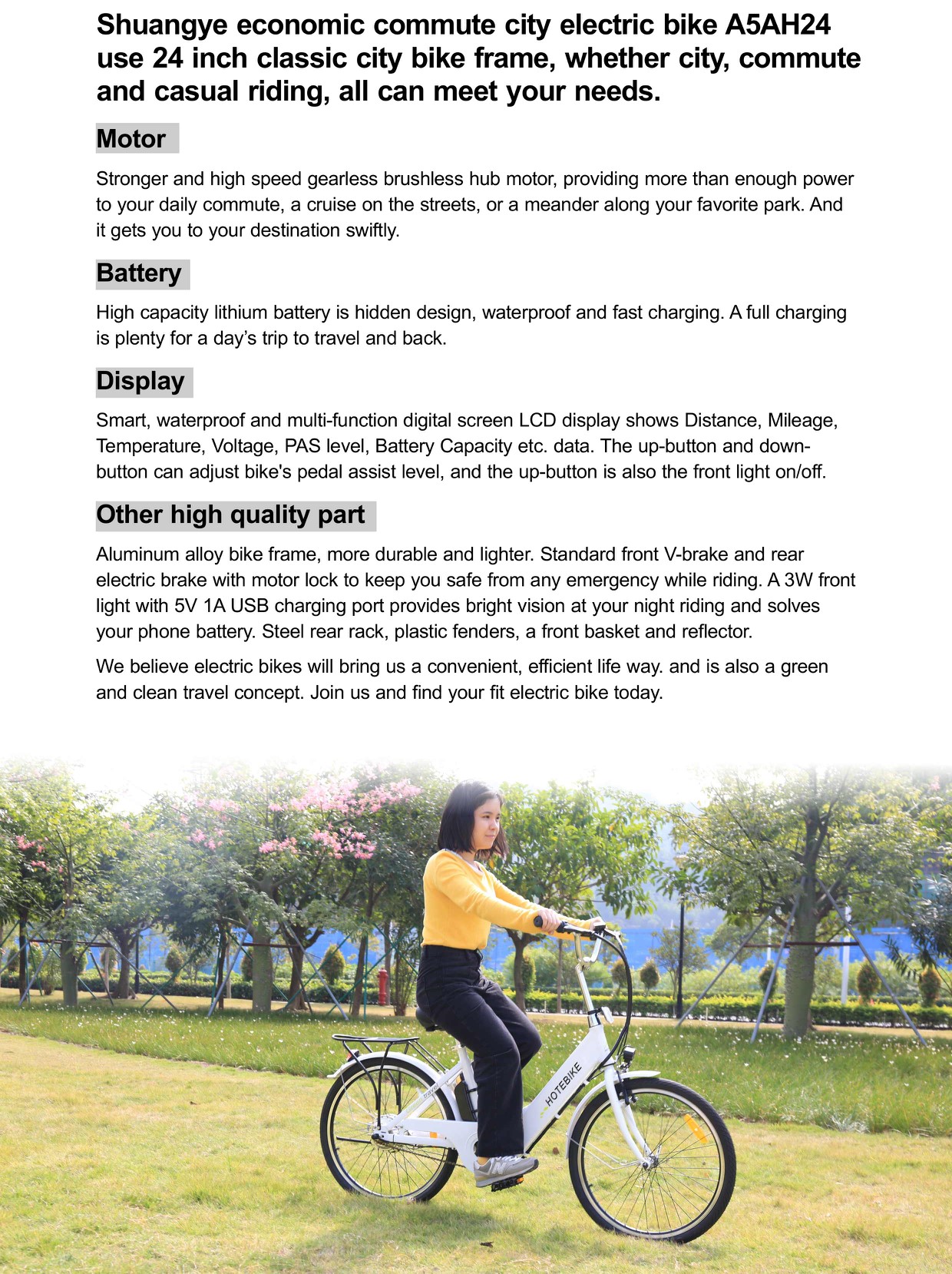 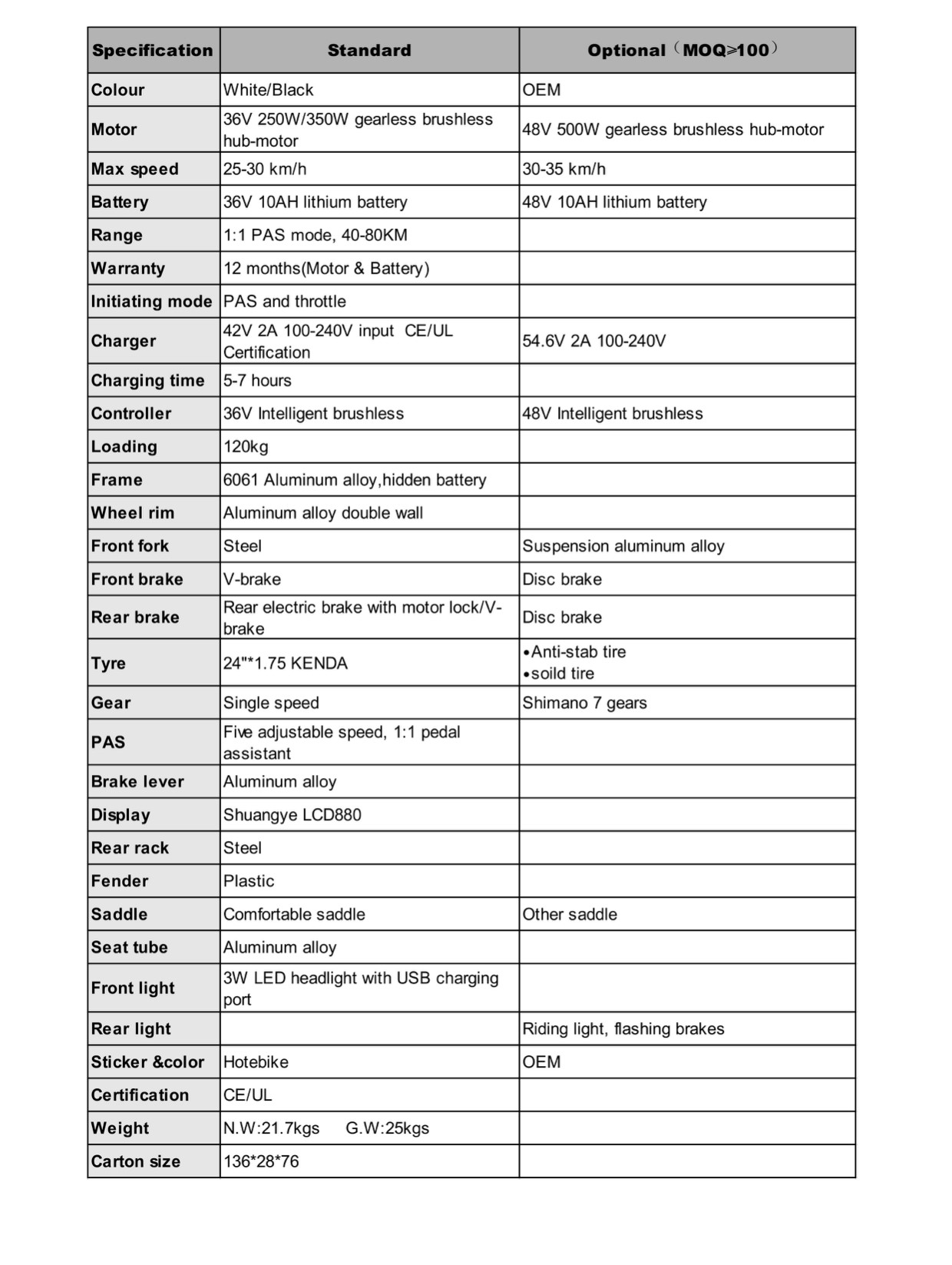 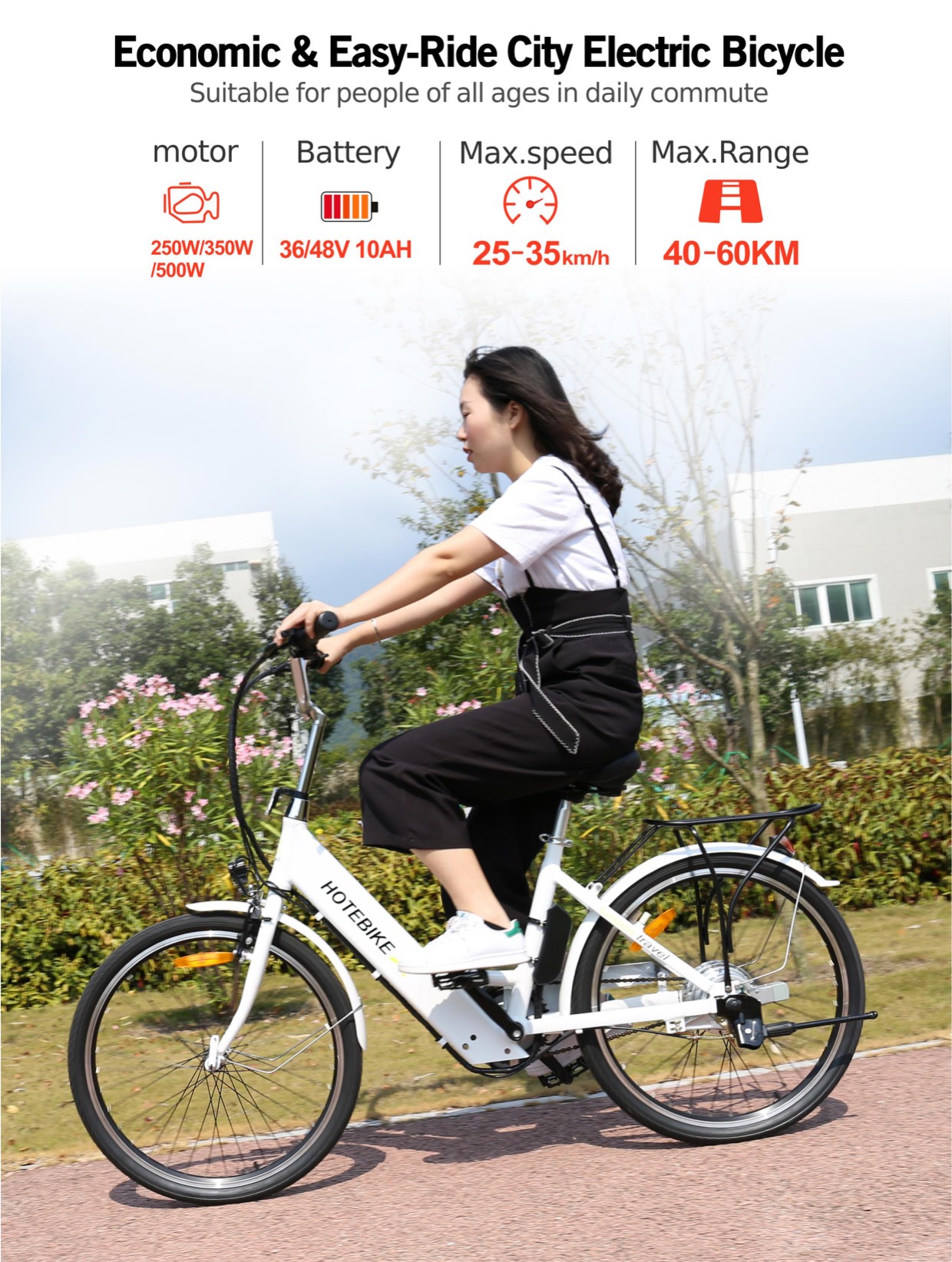 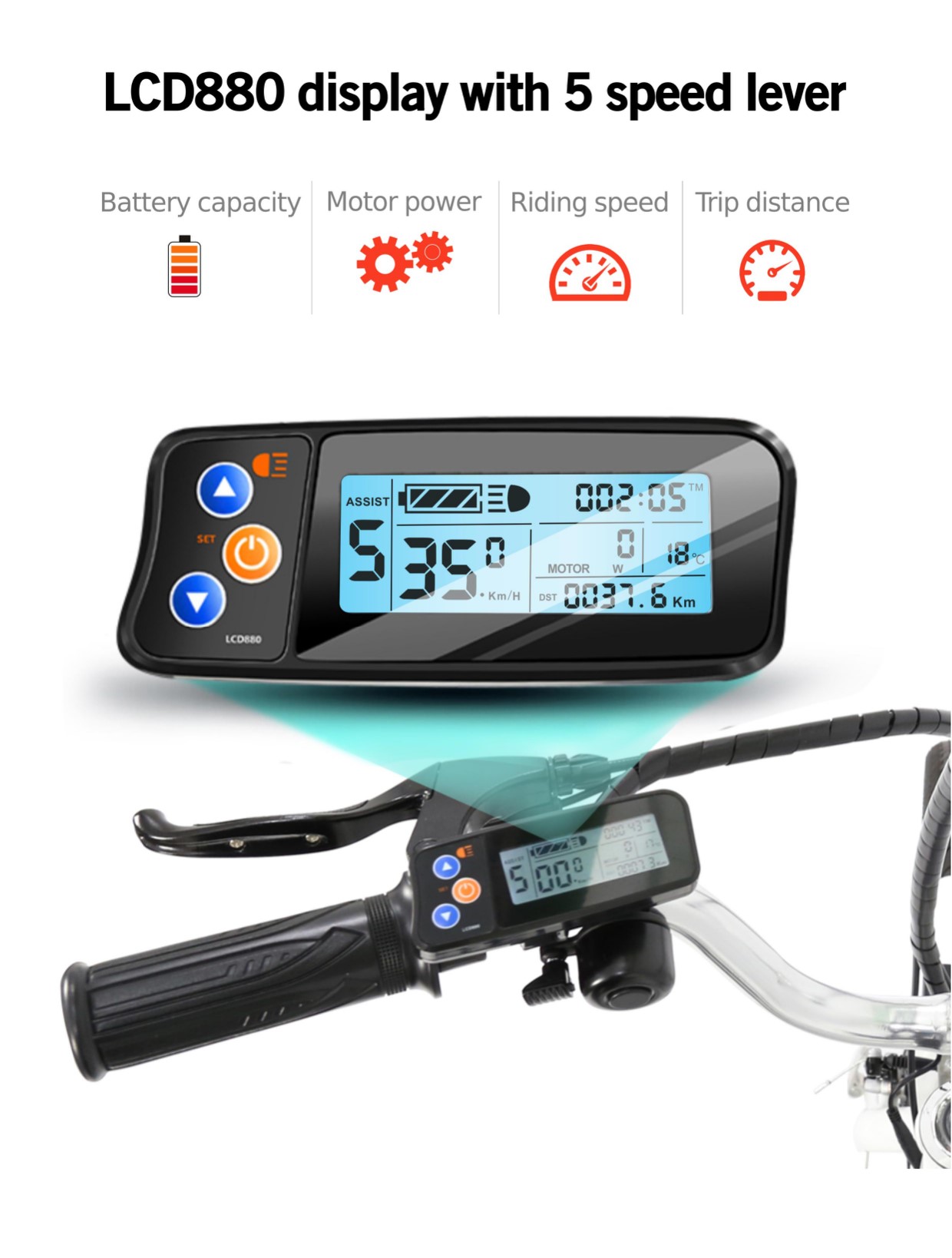 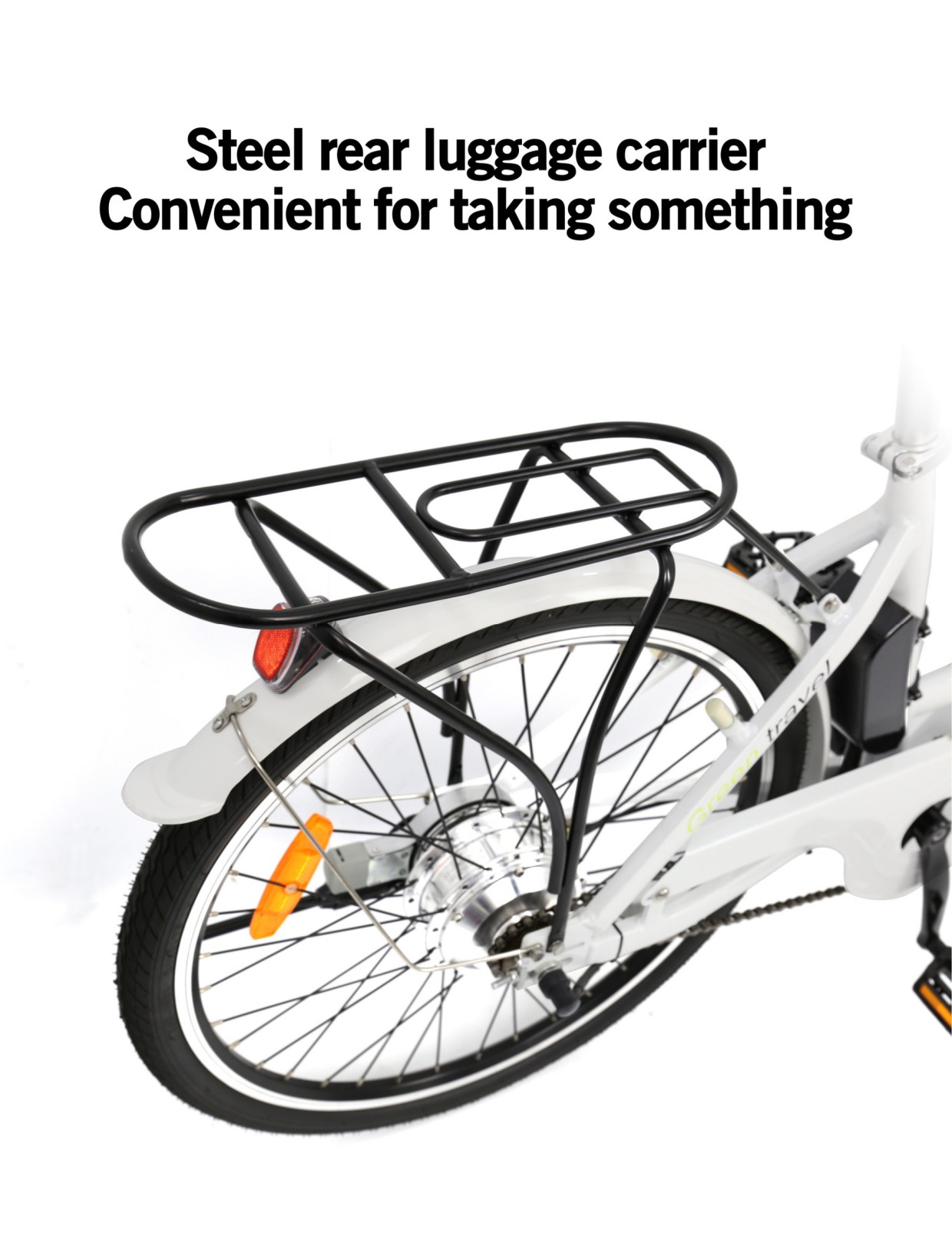 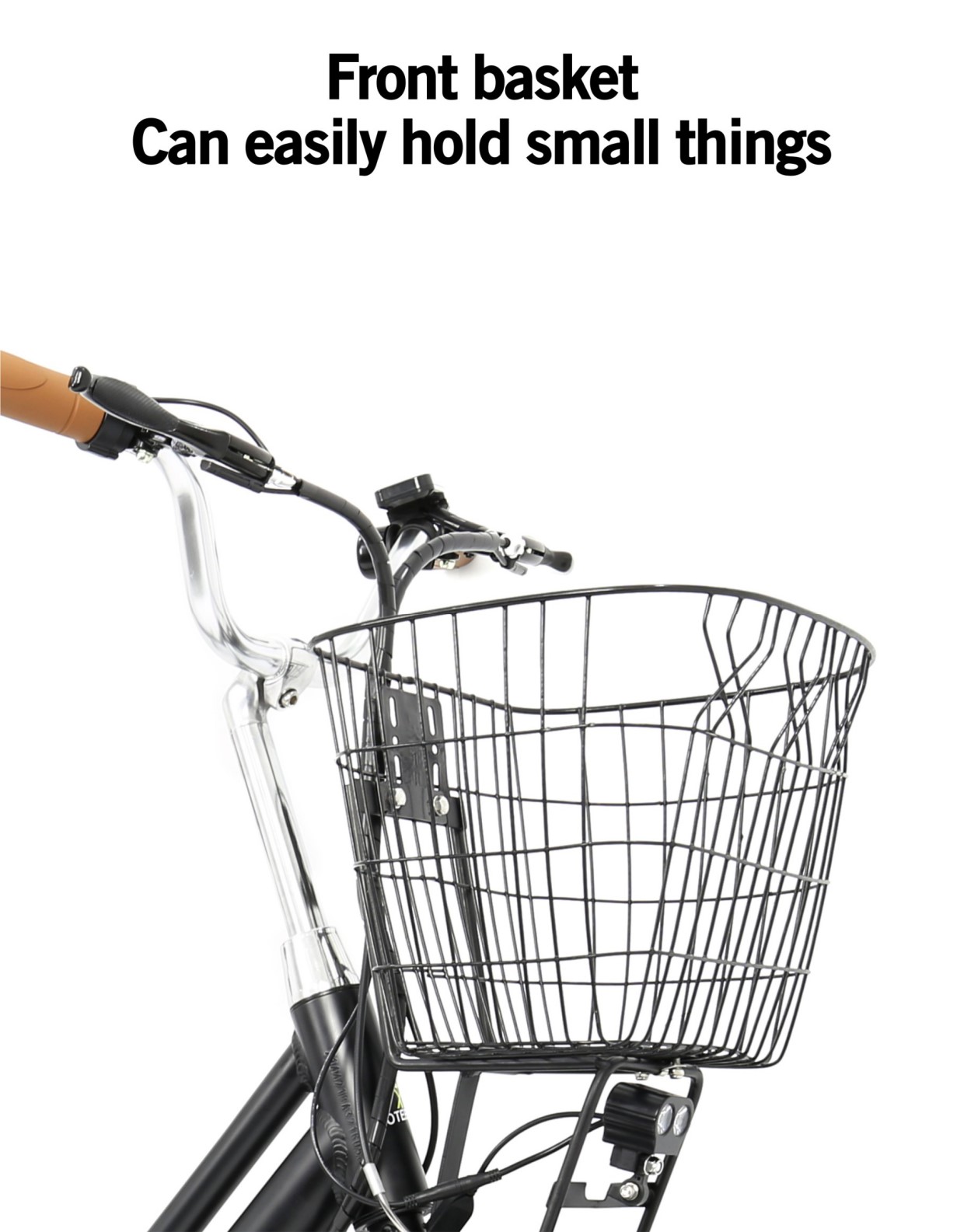 The price is USD$1020. You can contact customer service to obtain coupons, and the bicycle can be customized to reduce prices or upgrade accessories. The one-year warranty period will definitely not let you lose.