First of all, it is necessary to clarify the essential difference between “electric power bicycle” and “electric bicycle”.

In the late 1990s, the concept of electric bicycle was introduced to China, but due to the backward technology and production technology, Chinese enterprises could not produce Power Assist System. However, if the import of important parts from Japan is extremely expensive, the production of the whole car will greatly exceed the consumption level of China at that time. Therefore, Chinese enterprises to change ideas, use a variety of alternative technologies on electric power bicycle, but the power auxiliary are ineffective, eventually succeed “twist” structure of the motorcycle, this also is the most common in our life today “electric vehicles”, perhaps it is because of using the “twist” structure, at present China’s electric bicycle has been more and more like a motorcycle, mostly has cancelled their feet, the appearance of the lost “bike”. 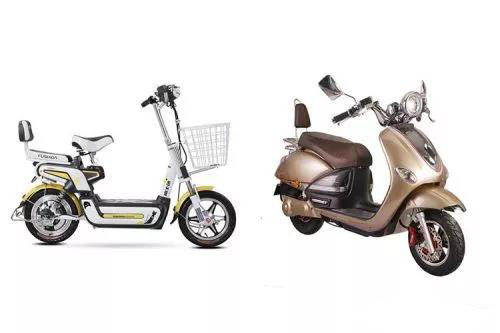 The ” electric bikes that have lost their look” “are now widely popular in China.

In the English language, electric bicycle for “E – Bike”, but this combination word too broad, often will also have no bicycle form inside of the electric car is so PAS this call, have been used in Japan and in Europe have long to electric Power bicycle carrying out called “Pedelec”, namely has the pedal with “Power Assist System, dynamic auxiliary System” bicycle. 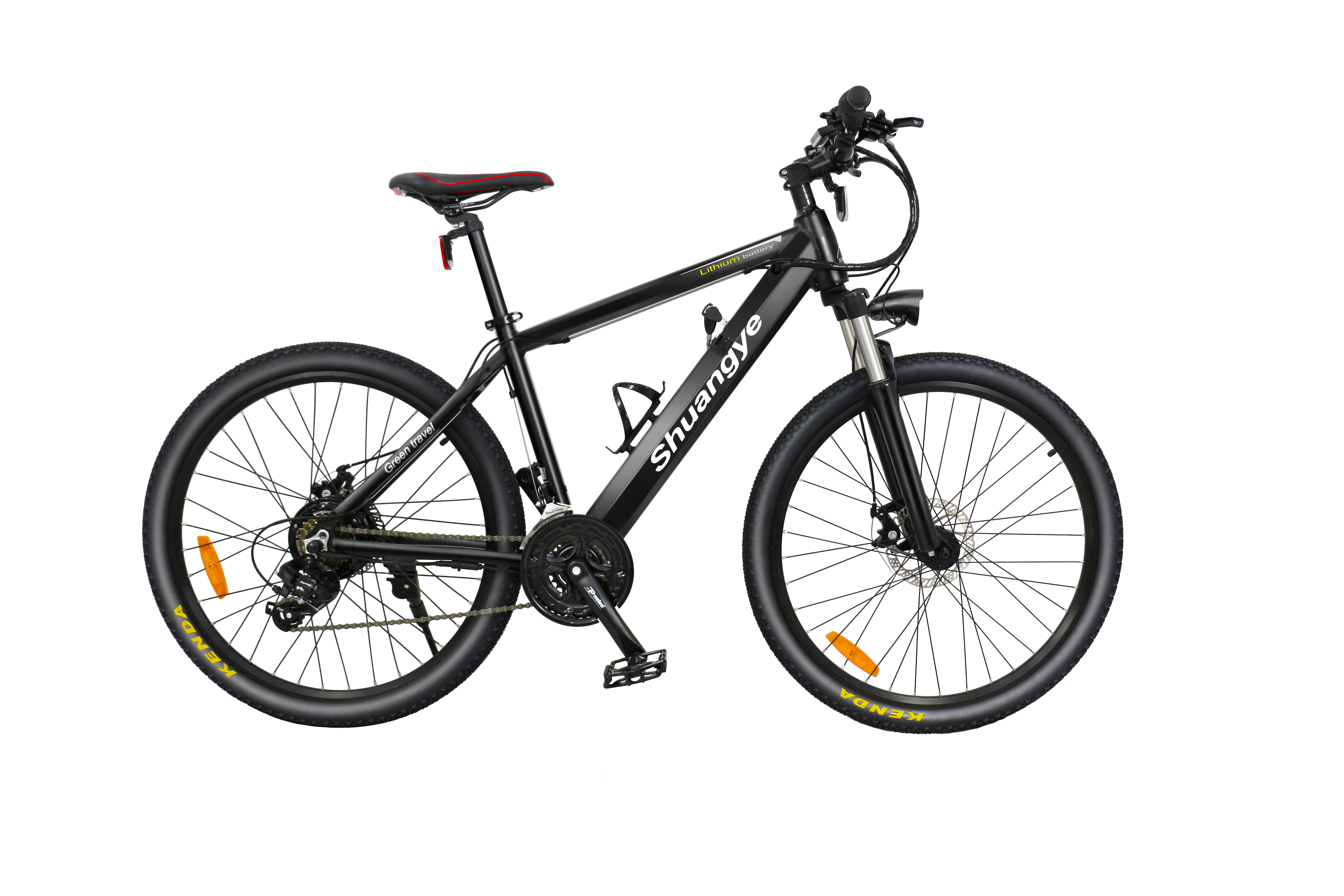 Use the Power Assist System

The most essential difference between “Pedelec” and “e-bike” currently understood in China is that e-bike is designed to solve the problem of tiresome cycling, so it still needs people to pedal, and then electricity is introduced to make cycling more labor-saving and easier. And at present most of the so-called e-bike in China has canceled the pedal design, into a theoretical “electric motorcycle”, the use of pure electricity as the power.

Secondly, we need to understand the origin of “Pedelec”.

In fact, as early as more than a hundred years ago, people have begun to think about how to solve the problem of tiredness caused by cycling. In the late 19th century and early 20th century, there appeared the bicycle with fuel power. It was not until the end of the 20th century that the world’s first Pedelec was born in YAMAHA, followed by Panasonic, SANYO, Bridgestone and Honda.

As the center of global cycling culture, Europe saw the development of Japan. Then, Germany BOSCH, BLOSE, Continental and other brands followed up and introduced PAS (Power Assist System), which promoted the popularity of Pedelec in Europe. Due to the high technical threshold to achieve perfect hybrid operation of Power and manpower, in Japan and Europe, it is generally the enterprises related to automobiles and batteries that carry out the research and development of “Power Assist System” technology, which is difficult for other enterprises to enter. Next, learn about PAS ‘Power Assist System’. For the real e-bike, it is only allowed to run in power-assisted mode, which must be “human + power” hybrid power output mode, there is no pure electric mode. Are only allowed to use the power mode, because power driven model effectively guarantee the safety and reliability of cycling, and greatly increases the range of a single charge, effectively avoid the increase of vehicle weight at the same time, also have the dual effect of walking and key body, let people can keep riding experience while riding a easy, and ride further. As a result, “Power

The advantages and disadvantages of “Assist System” have always been the standard to measure the level of electric bicycles, and it is also the field with the most fierce competition among enterprises. 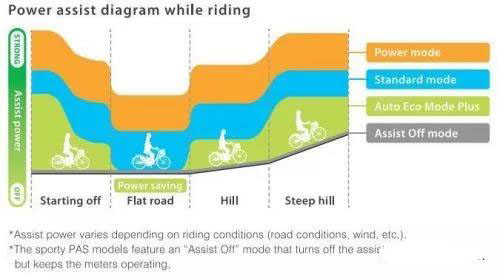 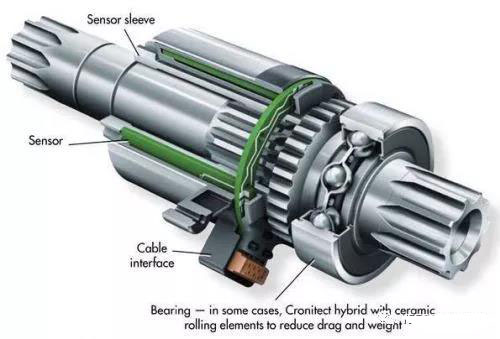 How to improve the detection precision of the torque sensor, improve the reaction speed of control System, make the Power output torque more linear has been developed “Power Assist System Power auxiliary System”, the core of the top of the System in addition to using torque sensor, are also used speed sensor and frequency sensor, therefore on the mathematical model and algorithm is more complex. The current high level of Torque sensor (Torque sensor) technology, the corresponding mathematical model for many sensors and algorithms mainly in Japan and Germany enterprise hands, until the last two years, the domestic eight side BAFANG and light passenger TSINOVA developed the same level of technology, and has passed the European EN15194, EN300220 standards, can compete with BOSCH and other company in the European market, including light guest TSINOVA also with Panasonic (Panasonic) become a strategic partner, Jointly promote the development of electric powered bicycles in the Chinese market. 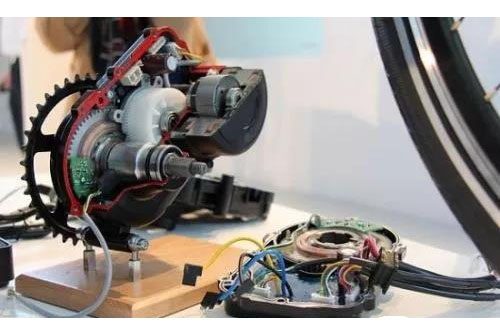 In addition to torque sensors, high performance motor systems and high performance battery systems are also required. At present, excellent electric power bicycles all use “brushless toothed dc high-speed motor” and FOC sine wave controller, because the higher the speed of the motor, the smaller the volume and weight of the motor can be, and the higher the output efficiency of the motor. At present, the most popular electric bicycles in China use low-speed motors, that is, the common motors with large diameter but relatively flat, while the high-speed motors generally have small diameter, so they are relatively thick. Electric power bicycle motor installation location is mainly divided into two kinds, one is in the middle, that is, installed in the bicycle five axis position, the other is installed in the wheel hub of the bicycle. Electric power bicycle is born in the early 90 s, YAMAHA (YAMAHA) used lead-acid batteries, but they soon improved using nickel cadmium battery, and in recent years, with the development of lithium battery technology, high end electric power bicycle now basically is to use lithium battery technology. In addition, with the development of technology in recent years, in order to further improve the use of electric power bicycle experience and safety reliability, there have been more and more automobile technology, electronic information technology has been applied in the field of electric power bicycle, one of more representative to light the guest TSINOVA exploration and development in technology, Such as rear blind area reminder, ABS disc brake, timing belt drive, CAN bus technology.

Finally, what are the current common electric bikes? What’s the difference? How is it developing at home?

Since its inception in Japan, e-bike has been using “Power Assist System” with torque sensor as the core, and it has changed for many generations. It still maintains the leading position in the world. Germany is catching up with Japan very quickly. Now it can basically match Japan in technology. Of course, there are many views that Germany has already surpassed Japan. Electric Power bicycle after entering China took to the another development path, because there is no enterprise to develop the basic core of “Power Assist System, dynamic auxiliary System”, and to buy Japan Germany System is too expensive, so after the growth of more than 10 years of brutal, now China’s urban and rural large shuttle with a large number of wrapped in plastic decoration motorized electric scooter appearance, have already become persistent ailment of the traffic accident, in the north shenzhen, guangzhou, shenzhen has a total ban on such vehicles, and Beijing is also beginning to limit.

Conclusion: electric bicycle is a fire in the cold winter.

After 20 years of development, electric Z bicycle has become a popular two-wheeled transport tool in Japan, while the European market has been surging in recent years. In 20151 alone, the sales volume of electric bicycle in the Netherlands soared by 24%, while the sales volume in Germany also increased by 11.5%, while the production volume increased by 37%. Especially in recent years, the European market bicycle sales continue to decline, the rise of electric bicycles will be more look forward to.

Domestic electric bicycle enterprises or bicycle enterprises have launched electric bicycles equipped with “Power Assist System”, but most of them are for export and not sold in the Chinese market. Aiming at the domestic market, HOTEBIKE aims to promote the development of Chinese bicycles in a power-driven direction. But it is foreseeable that with the growth of China’s economy, the enhancement of its consumer power and the progress of its own technology, e-bikes are bound to have a promising future. 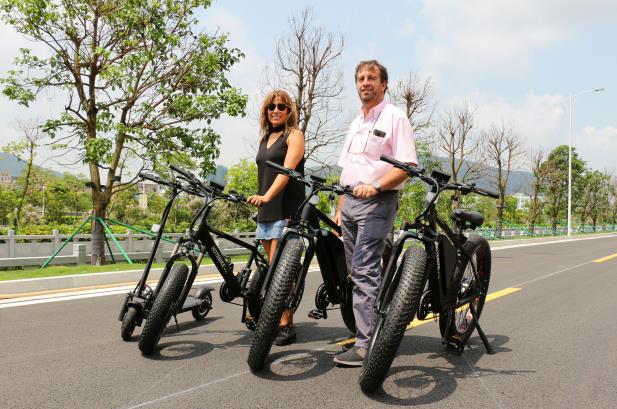