After years in development, Harley-Davidson finally pulled back the curtain on its new lineup of electric bikes.

A quick refresher for those who missed the initial announcement: Serial 1 is a standalone electric bike company that spun out from Harley-Davidson last October. Initially, Serial 1 will sell four bikes, ranging in price from $3,399 to $4,999. The brand names are Mosh/Cty, a city bike, and the commuter Rush/Cty, which comes in three variants (regular, Step-Thru, and Speed). Each comes with a mid-drive motor capable of generating 250W of continuous power and hitting top speeds of 20mph — except for the Rush/Cty Speed, which can go faster.

I’ll admit, I was a little skeptical that Harley-Davidson could pull this off. When you hear about companies that specialize in combustion engine vehicles releasing their own electric bikes, most of the time, it’s just a brand licensing deal. (Think Jeep’s e-bike or those Hummer bikes from last decade.) Other times, it’s a much-hyped project that ends up falling victim to larger corporate forces, like General Motors’ Ariv e-bikes.

But this is not that. These are e-bikes designed and crafted by a dedicated team of bike enthusiasts inside Harley-Davidson’s product development skunkworks. And that dedication and craftsmanship shine through in the final products.

Simply put, these are gorgeous bikes, with a clean design that threads all the wiring internally through the frame. The mid-drive Brose Mag S brushless internal motor was powerful and whisper-quiet. Both the motor and the battery are situated very low on the bike, much lower than normal. According to Serial 1’s product manager Aaron Frank, this creates an extra low center of gravity, which improves the handling and cornering. 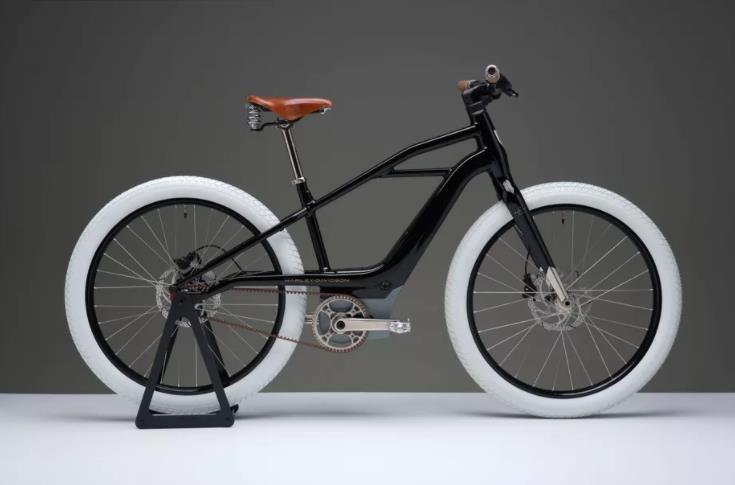 “Harley-Davidson knows as much or more than anyone about designing and engineering a great-handling, very naturally responsive two-wheeled vehicle,” Frank told me. “And all of those lessons — from designing motorcycles about mass centralization, about consistent geometry, about ride handling — [were] applied to this vehicle, both at the design stage and in the testing stage.”
I did most of my testing with the Rush/Cty Speed, which is the only Class 3 bike in the lineup. That meant a top speed of 28 mph, which had me frequently leaving The Verge video team in the dust. (Sorry, Becca and Alix!) Thanks to the Enviolo automatic gear shifter, getting up to that top speed felt effortless. I hardly realized how fast I was going before glancing at the modestly sized Brose digital display. (I really liked the petite Brose display; too many drivetrain makers opt for oversized displays that are mostly unnecessary. Less is more, in my opinion.)

I only had the bikes for a couple of hours, but it was my first experience with a CVT (continuous variable transmission) shifter. The rear hub Enviolo transmission is fully enclosed, electronically powered, and never needs maintenance. Using an app that connects to the bike via Bluetooth, you can set your ideal cadence so the bike always feels like it’s in the perfect gear.
I didn’t get a chance to futz with the settings, which was a little bit of a bummer because there were times I felt like I was spinning my legs like a pinwheel. Given more time with the bike, I would have loved to play around with that feature a little more and find the right setting for my riding style.

The Mosh/Cty and Rush/Cty Step-Thru come with 529Wh battery packs, while the Rush/Cty and Rush/Cty Speed come with the more powerful 706Wh packs. The same team that developed the batteries for Harley-Davidson electric LiveWire motorcycles also developed these batteries. The integrated batteries are mounted very low on the frame, which helps with the mass centralization and improved handling. 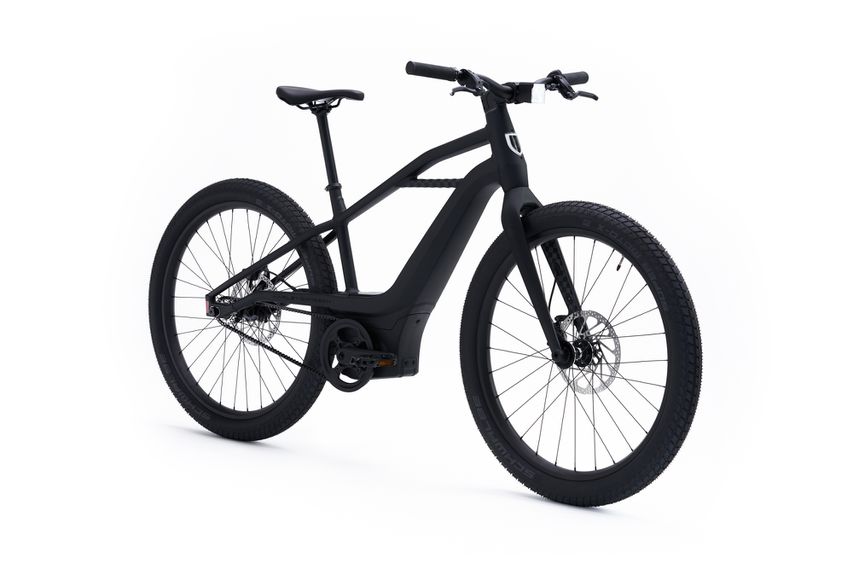 The tires are Schwalbe Super Moto-X, and they come in two sizes: 27.5 x 2.4-inch and 27.5 x 2.8-inch. But one of the bike’s best features is a built-in 620 cubic-centimeter storage space at the base of the downtube, which should be enough room to store an Abus folding lock. Think of it as your bike’s glove compartment.

But forget all of that for a minute: are they worth $3,000 to $5,000? That’s the real question. There are plenty of e-bikes — really good ones, too — that can be had for much cheaper. And those bikes don’t come with all of the baggage of having the Harley-Davidson name on the chainstay.
Serial 1 won’t be competing with budget e-bikes from Swagtron or Lectric or modestly priced e-bikes from Rad Power Bikes, VanMoof, or Blix. Rather, the company is taking aim at major manufacturers like Giant, Trek, and Specialized, which sell premium e-bikes for high-end customers.
Bikes from those companies sporting similar parts cost about the same as Serial 1’s bikes. If Harley-Davidson wants to go helmet to helmet with those major manufacturers, it has the name recognition and cultural capital to do so.

I can’t comment on the Serial 1’s charging time or range estimates, as I didn’t have long enough with the bikes to go the necessary limits. Depending on the power level, the Mosh/Cty is supposed to get 35–105 miles of range, while the Rush/Cty variants each get about 25–115 miles of range. That’s a pretty huge disparity, but a lot will depend on what power level you’re using. The higher the level, the less range you can expect.

One of the things that really surprised me was how well the bikes handled off-road, especially considering Serial 1 is marketing them (specifically the Mosh/Cty) as “the ultimate urban playbike.” Granted, this is only based on a few minutes riding over tree roots and wet leaves in Prospect Park, but the Rush/Cty Speed was nimble and handled better than expected. That said, I don’t expect to be popping wheelies anytime soon like the actor in the Serial 1-produced promo video — at least not right away.

Electric bike sales in the US have been exploding since the start of the COVID-19 pandemic, though most e-bikes are imported from overseas. Besides Harley  is making Electric Bikes, MW is making electric bikes and motorcycles, Audi is manufacturing electric mountain bikes, Mercedes-Benz unveiled an electric scooter, Ford acquired e-scooter startup Spin, and Jeep recently unveiled a high-powered electric mountain bike.