CES 2022 in person this year, the “eMobility Experience,” a test track for demo rides of all the e-scooters, electric bikes and whatever other micromobility vehicles came to play in Las Vegas.

A lot of products were shown, many of which weren’t actually new, like Bird’s new consumer suite of vehicles (the Bird Bike, Bird Flex and Birdie), Zoomo’s utility electric-assist bikes, Euphree’s City Robin step-through e-bike and Arevo and Superstrata’s 3D-printed carbon fiber electric bikes. There were a handful of interesting companies showing off new versions of their electric scooters, electric bikes, motorcycles and connected tech.

The main theme throughout this year is smart, connected vehicles. These little EVs are being built with more powerful onboard computers that are synced up to apps that can help riders do things like find their vehicle, track fitness goals and control bike functions like locks and lights.

Here’s a roundup of new electric bikes, scooters and some connected tech that came to CES 2022. 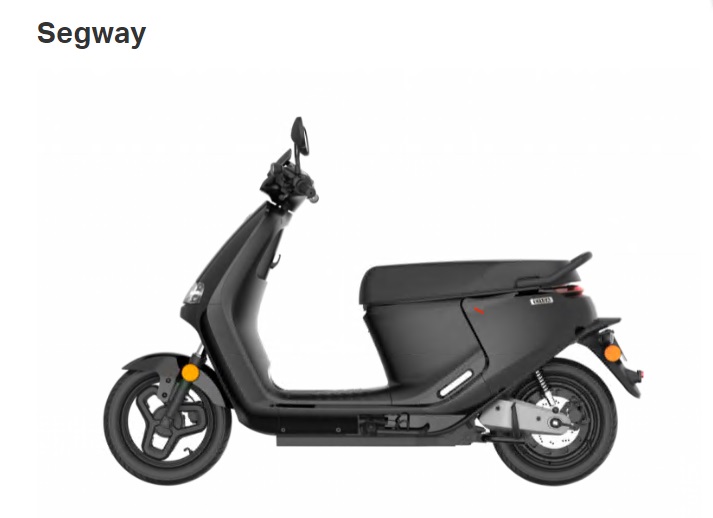 Segway, the electric micromobility manufacturer that not only sells personal vehicles but also supplies a number of the world’s shared operators with vehicles, came to CES with a new kick scooter line, the P-Series, and a new moped-type e-scooter, the E110a.

The P60 and P100S scooters have wider footboards and handles, automobile-grade all-season tires, and front- and rear-spring suspension. They’ve also got turn signaling, a tail light and multiple ways to lock and unlock the vehicle. The E110a has room for two, plenty of storage space and lots of smart features, according to the company. Segway didn’t share more info on what exactly those smart features were, but if it’s anything like its last generation, it’ll have a battery management system and the ability to connect to smartphones and thus the Segway-Ninebot app. 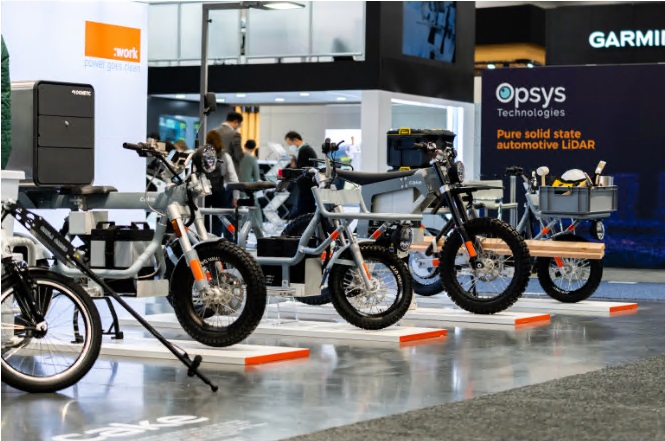 The Swedish maker of lightweight electric motorbikes brought its “CAKE :work series” to the U.S. for the first time. This series of professional motorbikes have been shown before, just not in the states. The bigger Cake news during CES involved updates to its Ridecake connectivity app, including features to allow professional fleet managers to monitor and manage their vehicles.

The new connectivity features are available to all riders with a data service-enabled Cake Connect module on their vehicles; this includes all current and upcoming models, as well as a majority of the existing Cake electric bikes. The update to the app will add customized ride modes, real-time riding information, ride history and anti-theft security.

Professionals using Cake’s cloud-based management system will get real-time data, including live location of their fleet with position of all electric bikes, mileage, range and battery status for all electric bikes, and access to diagnostic data. Over the air, the system will also allow for firmware updates, access to anti-theft functionality and setting custom ride modes. 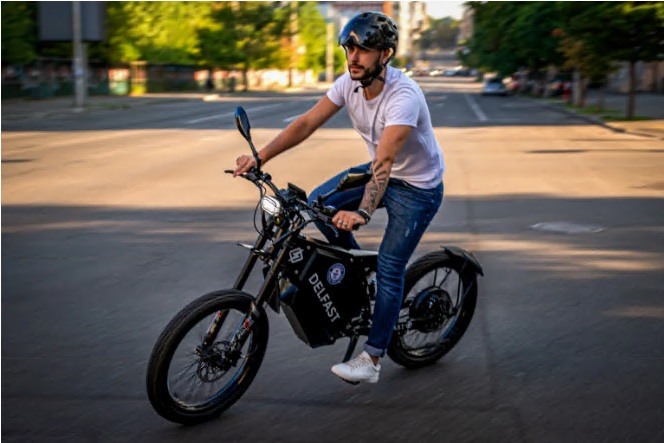 American-Ukrainian startup Delfast rolled out an upgraded model of its electric Top 3.0 bike, which the company claims can go up to 200 miles on a single charge. The smart bike has an onboard computer that can be set to receive software updates and immobilize the vehicle for theft-protection. It also can sync with Delfast’s new mobile app to provide on-demand analytics, lock and unlock the bike, arm and disarm the bike alarm, track total mileage, odometer and speedometer metrics, monitor the bike power and estimate range, locate the bike, control lighting and other smart features. 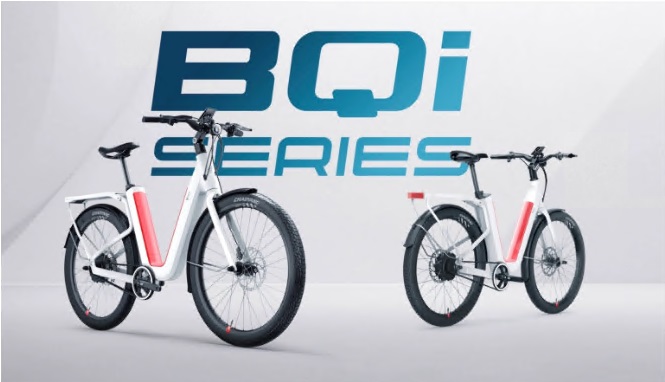 Chinese e-scooter company Niu showed up this year with its new BQi-C1 e-bike, a vehicle the company has already teased but finally shared pricing and tech specs at CES.

The step-through bike is powered by a 500W continuous and 750W Bafang hub motor in the rear and can reach top speeds of 28 miles per hour in the U.S. Stricter e-bike regulations in Europe mean that those versions will have just a 250W motor and a top speed of 15.5 miles per hour. The U.S. version will have both a throttle and a pedal assist, while the European version just has pedal assist. The BQi will also be app-connected and feature many smart security features. It’ll be priced at $1,499 in the U.S., which is a pretty good deal for such a powerful e-bike.

Bosch
Bosch showed up with its connected smart e-bike system, which isn’t exactly new, but it was awarded honoree status at the CES Innovation Awards.

The system consists of the eBike Flow app that acts as a key, a control unit, display, rechargeable battery and drive unit. Like others at CES, the connected bike can be updated over-the-air, record personal ride info and fitness data, customize riding modes and display information like battery charge status and next service appointment on the home screen. 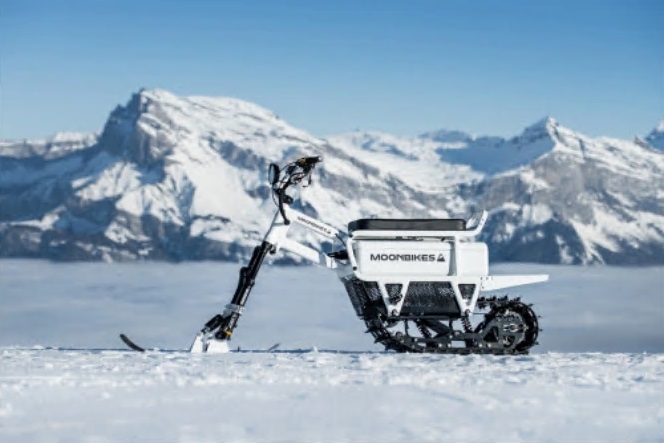 Finally, just to keep things interesting, there was Moonbikes. Now, again, the company’s electric snow vehicle is not exactly new, but CES was really the first time people really got to check it out in person. It’s a single-track snowmobile that has a 3 kW (4hp) electric motor and reaches a 26 mile-per-hour top speed.

At only 182 pounds, it’s much lighter than your traditional snowmobile, which might make it easier to maneuver and play around on. It’s designed with a snow track on the rear and a single ski in front, and its battery can go about 12 miles in sport mode or 22 miles in eco mode. A full charge would take about five hours.