Almost Four Months have passed since the first novelties with the Bosch Smart System appeared on the market. Now Trek is speaking out and presenting the Trek Rail, its first e-mountain bike with the latest development stage of the Bosch drive.

Strictly speaking, the manufacturer has concentrated on the top models of this series. This refers to all versions that have a 9.8 or 9.9 in their name. Everything below is not only based on the already known frames made of carbon or aluminium, but is also powered by Bosch technology as of August 2021. In general, the Trek Rail 9.7 and co. have remained largely unchanged technically. On the other hand, new colour variants stand out. Trek has not attempted anything completely new here. Rather, they have used colours that you have already considered on other bikes in this or a similar form – just not on this particular model.

Trek Introduces the 2022 Rail 9.9 and 9.8 E-Bikes
Pretty much everything is new on the Trek Rail 9.9 and the Trek Rail 9.8. For one thing, the integration of the Smart System from Bosch has changed decisive key facts regarding the electric assistance. This ranges from a longer range thanks to the more powerful battery to a higher level of connectivity thanks to Bluetooth and improved handling thanks to the redesigned control unit. On the other hand, Trek has gone the way of a fundamental overhaul of the entire bike. This means that a lot has been done to the frame compared to the previous season. 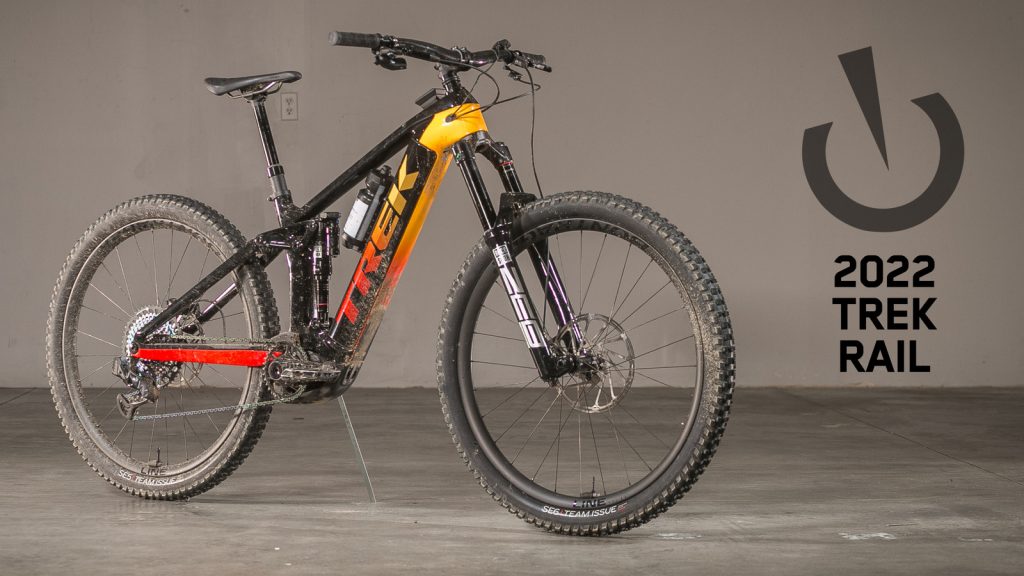 With an almost constant head tube angle, the seat tube angle is two degrees steeper. It is now 77 degrees instead of 75 degrees. When riding, your centre of gravity shifts further forward, which should be particularly noticeable on climbs. At the same time, the head tube grows to a diameter of 1.8 inches. The reach is also increased. To a slightly different extent depending on the frame size. According to Trek, we are talking about an average of 19 millimetres. Although the suspension travel for the shock with 150 millimetres and the suspension fork with 160 millimetres are the same as before, the overall character of the Trek Rail changes. It tends noticeably more towards the Enduro.In the press release, Trek itself alludes to the Slash, an enduro bike without an electric drive from its own range. The parallel is very understandable.

Responsible for the current geometry of the carbon frame is primarily the larger battery of the Smart System from Bosch. As is well known, this measures seven centimetres longer than the previous development stage with a maximum capacity of 625 watt hours. So Trek has gained the necessary storage space on the drawing board. 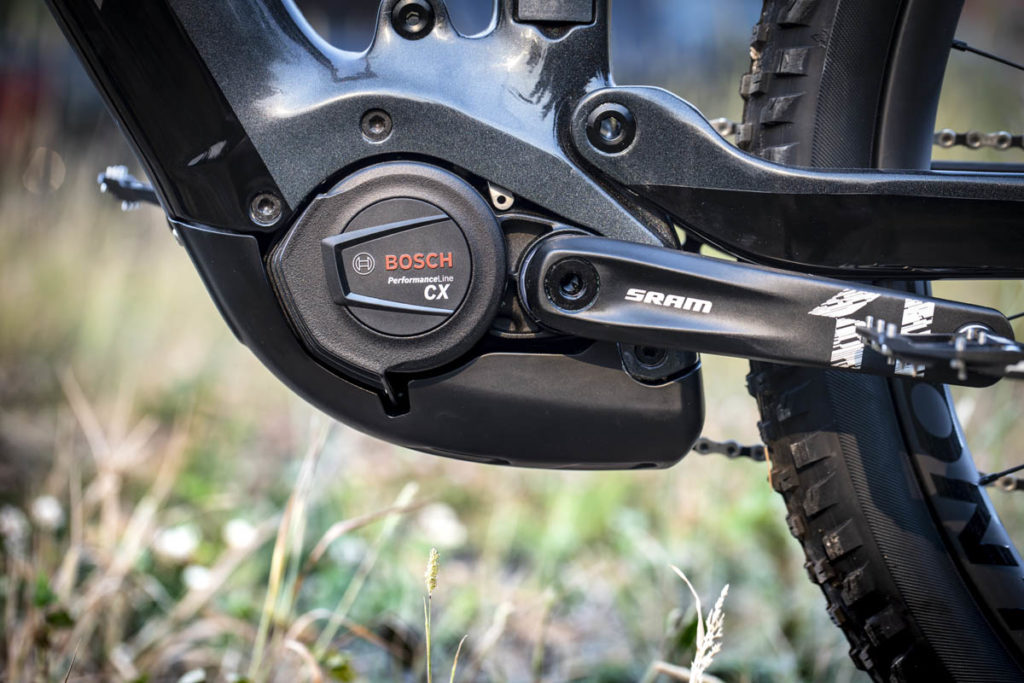 Trek ebikes:Keeping the good things
In our opinion, the manufacturer has solved the question of where to put the display very nicely. It is located where it was before – on the front part of the top tube. The chip belonging to the KnockBlock headset offers an ideal option for mounting. There, the data can be conveniently viewed and the display is out of any danger in the majority of crashes. 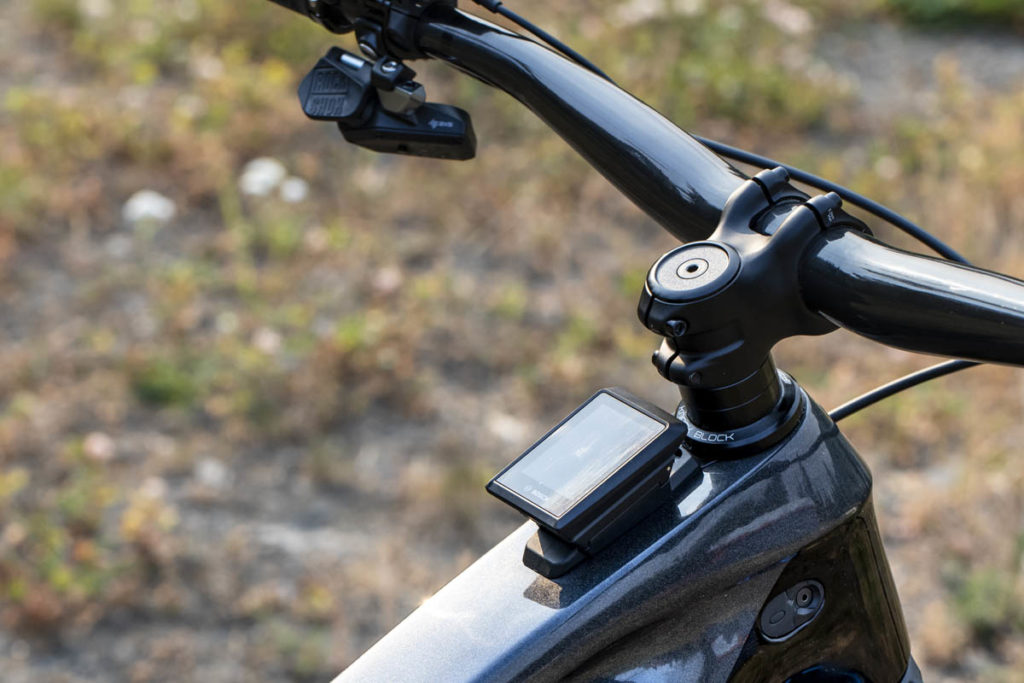 The FlipChip for the rear triangle, which Trek calls Mino Link, has also remained. This allows you to influence the geometry and ride a smaller 27.5-inch rear wheel instead of the standard 29-inch one. A little caution for those of you who opt for an S frame size. There, the manufacturer only recommends riding in the high setting.

Probably more serious is another restriction that applies to the smallest frame size. Despite the new geometry, there was not enough space to accommodate the 750 watt-hour giant from Bosch. Therefore, according to Trek, a smaller PowerTube 625 will be installed. And the physically smaller among us have to make another compromise. The frame triangle of the Trek Rail 9.9 variants is too narrow to carry a water bottle.

Trek ebikes:Professional suspension setting
The reason for this is, interestingly enough, a feature that is actually intended as a kind of icing on the cake. With TyreWiz and AirWiz, the manufacturer has added RockShox’s latest version of air pressure adjustment to its absolute top models of the 9.9 series. As the name suggests, TyreWiz is used to control tyre pressure, while AirWiz helps you select the ideal pressure for suspension fork and shock. Thanks to integrated sensors, you can recognise the current pressures in the SRAM AXS app and compare these values with those that you have defined yourself in the app or that the app automatically recommends to you as soon as you have fed it with the information on your body weight etc.

Next: Riding an electric bike can help you sleep better