Believe it or not, this year has been the tour DE France, 29, the green unlined upper garment “seven crown” Peter sagan first decade in the world tour, in this decade, in addition to the sagan heroic performance character and off the joke, attracts you the most sagan fans should be his “gaudy, colourful, various flowers” chariots of custom painting. Today, i will give you comb sagan chariot painting chronicle.
Period1:2010-2014, Cannondale – cannondale Super six hi mod- terminator and the Incredible Hulk
Sagan joined the world tour’s natural cannondale Super six hi mod team in 2010, and over the next two years he has excelled in events around California, paris-nice, Poland, Switzerland and the west. 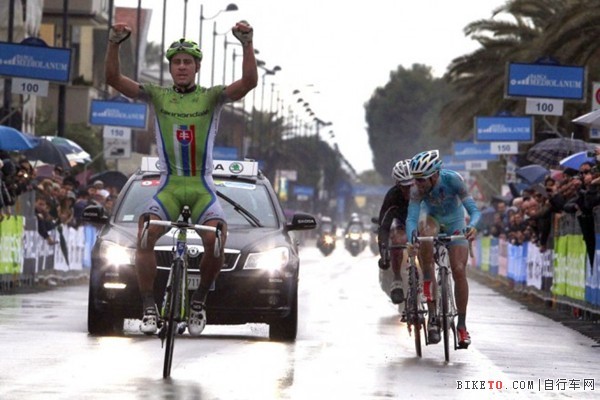 In 2012, the team made a bet with sagan that they would build a chariot for him if he could win five stages in the tour of California. When sagan, a talented driver, was about to enter the tour DE France, Cannondale, which is always not creative in painting, customized a rare personal version of SuperSix EVO — the terminator. 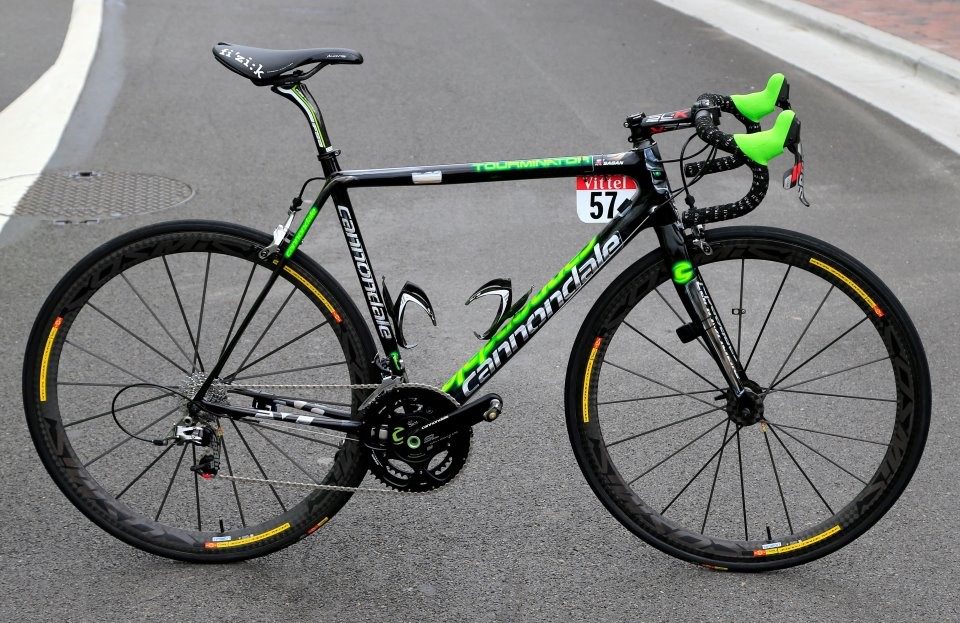 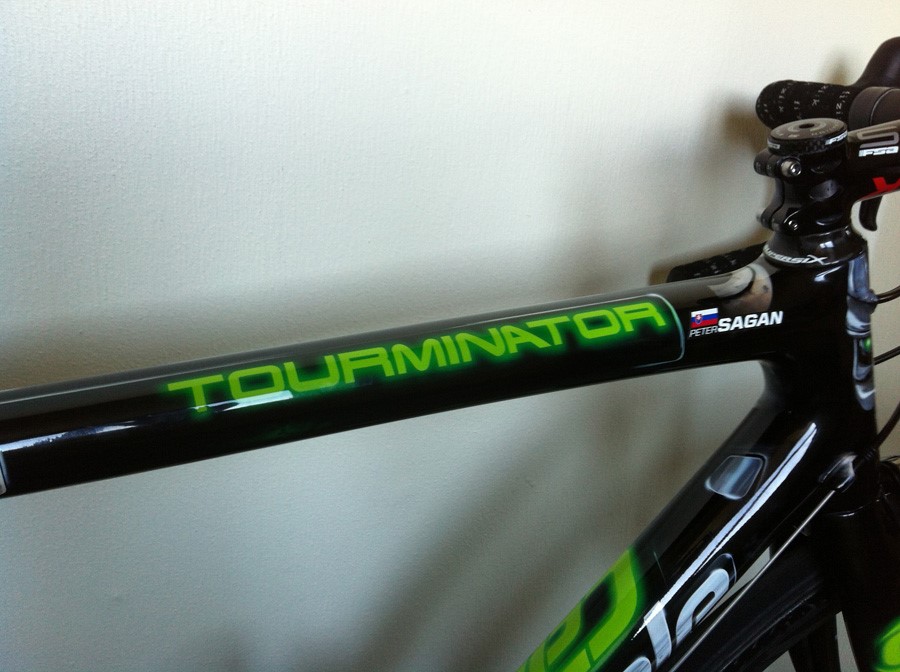 Because sagan had the most broken equipment in the youth mountain bike fleet, he was nicknamed “terminator”. The whole vehicle with black as the main tone to be decorated with fluorescent green, not only with the team color matching, it seems to indicate the beginning of “green shirt terminator”. 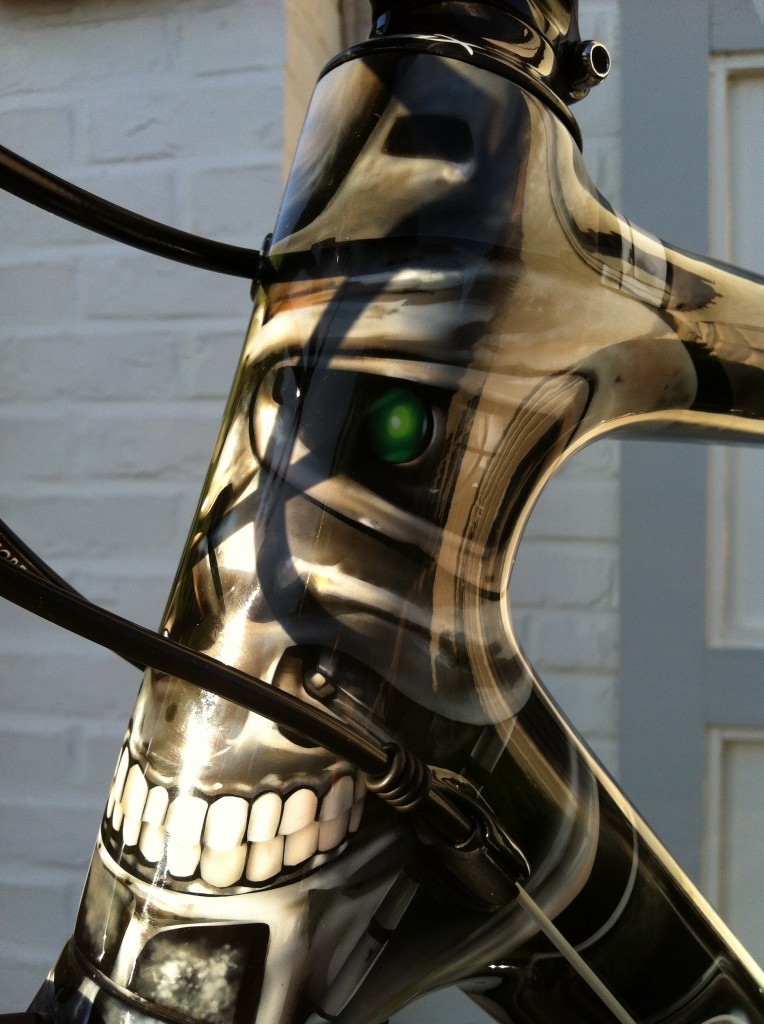 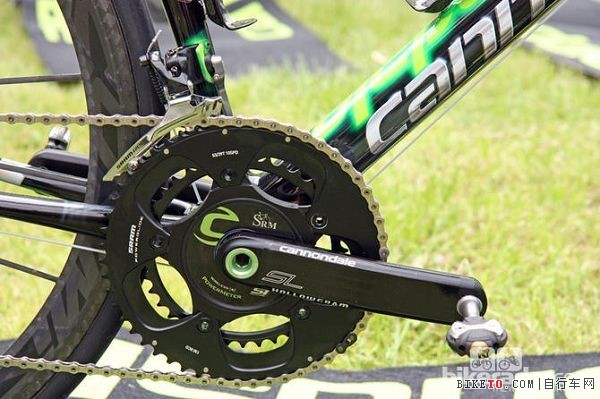 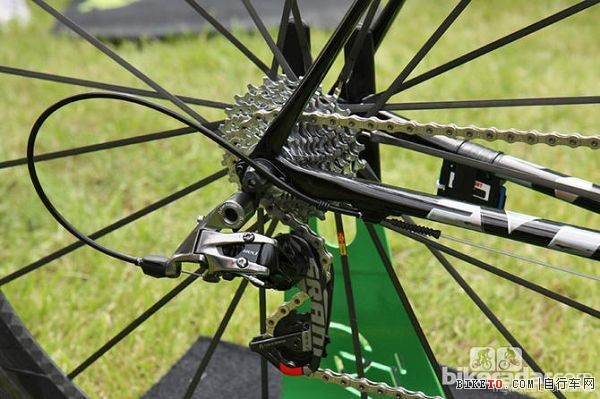 The painted chariot didn’t last long. In 2013, it was the centenary of the tour DE France. Sagan came back with a new “hulk” coating. 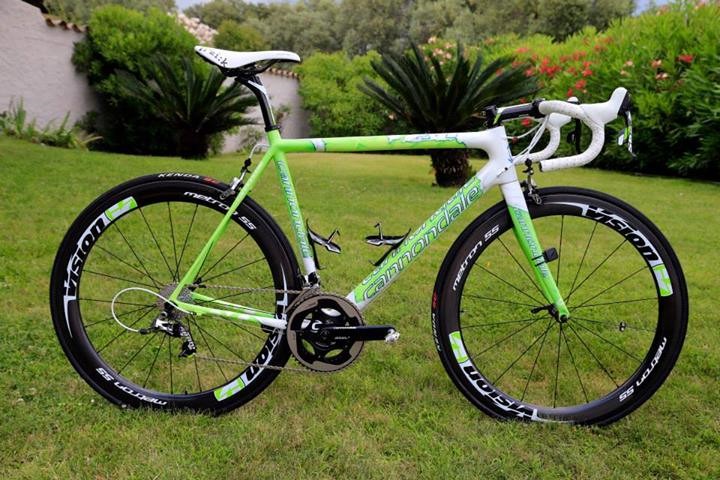 Honestly you wouldn’t know it was a hulk-themed painted chariot from the right. (photo: cycling-passion.com) 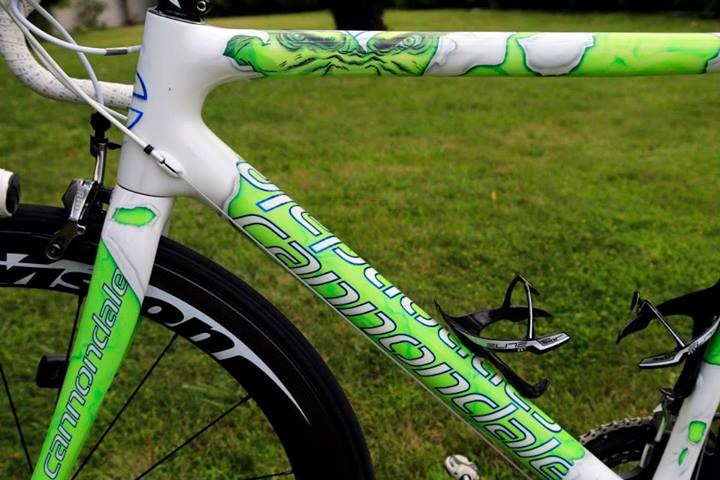 But on this side you can see the hulk’s fierce eyes, like sagan biting on to his green shirt. 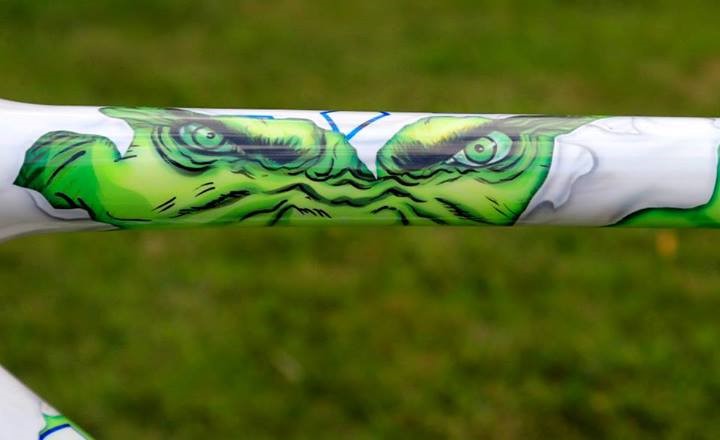 Close look at this pair of big eyes, has a complete beauty diffuse style. The white part also gives a sense of being ripped apart, and the quality of the painting is quite high. 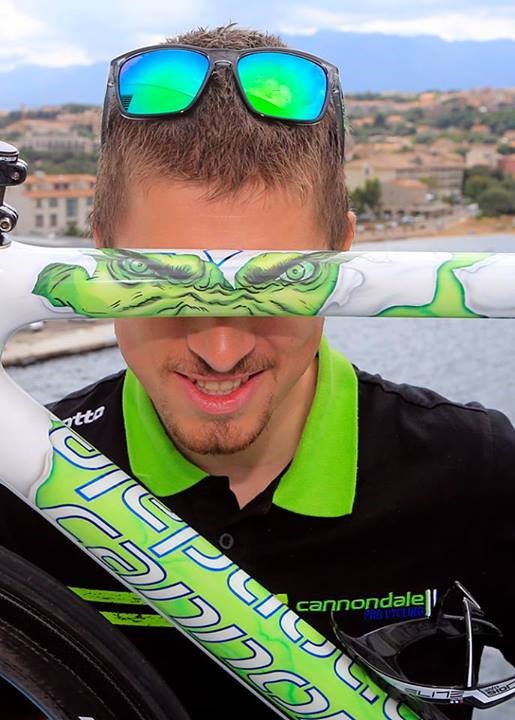 In 2014, Cannondale removed the white from the black and green team version to create a new coating for sagan, and the hulk glasses became sagan’s personal portrait. 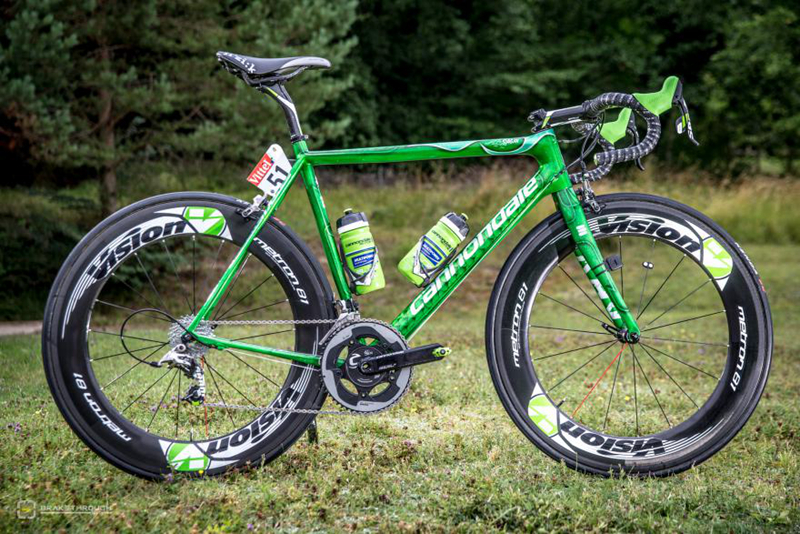 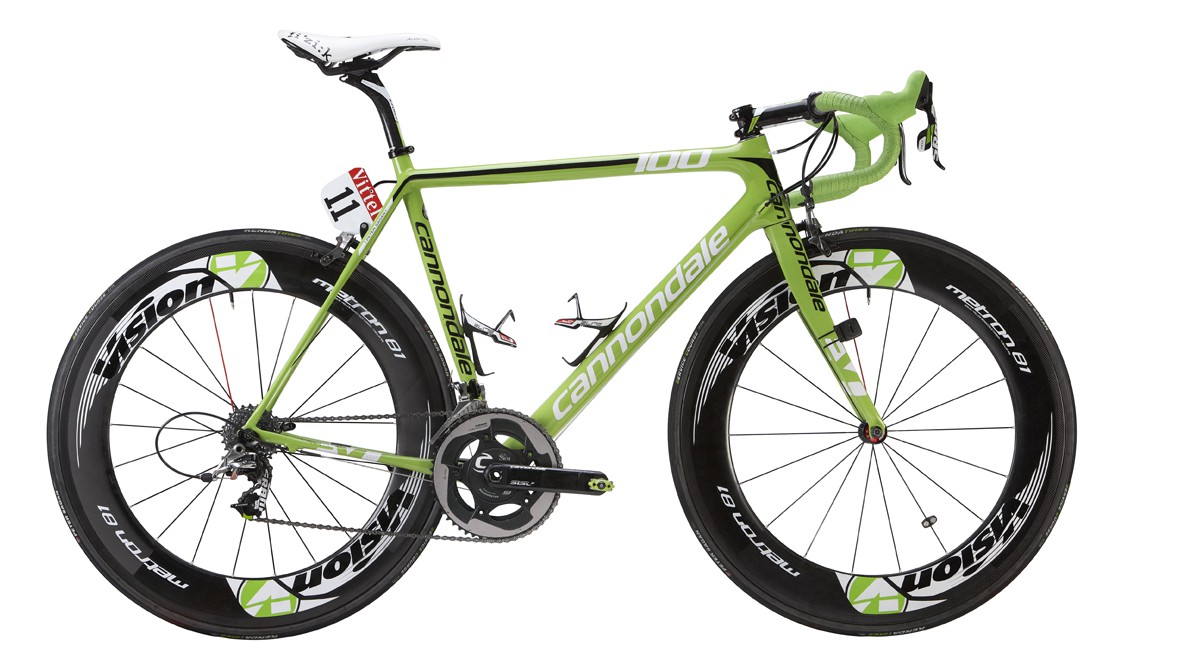 At the time, however, Cannondale company, which was not much of a business, kept the sagan bespoke coating off the market, only releasing a limited edition of the tour DE France 100th anniversary green shirt in 2013.

All that will change with the transfer of sagan from the sagan team to Tinkoff.

Period2:2015-2016, Tinkoff team — camouflage, camouflage, camouflage
What does it mean when sagan signs for Tinkoff? With Alberto Contador Velasco? NONONO!!! It was Mr. Sagan who shook hands with Specialized lightning, a biker paint factory. Sagan’s personality was formally extended from himself to the chariot. In this short period of two years, sagan owned two models with three different styles of personal custom painted chariots.

In 2015, sagan, who had been wearing the slovak champion’s shirt for many years, had his first national champion painted frame, s-works Tarmac SL5. 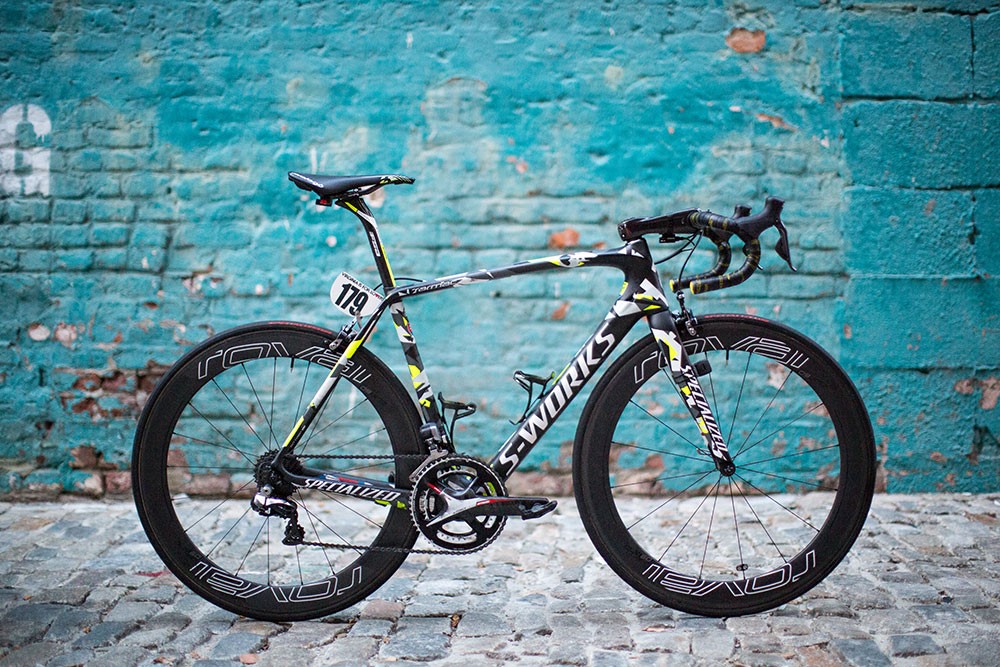 The black base but overall bright camouflage paint is one of the two favorite paints of the series, and the other is the white rainbow Tarmac for the same period of failed biker. 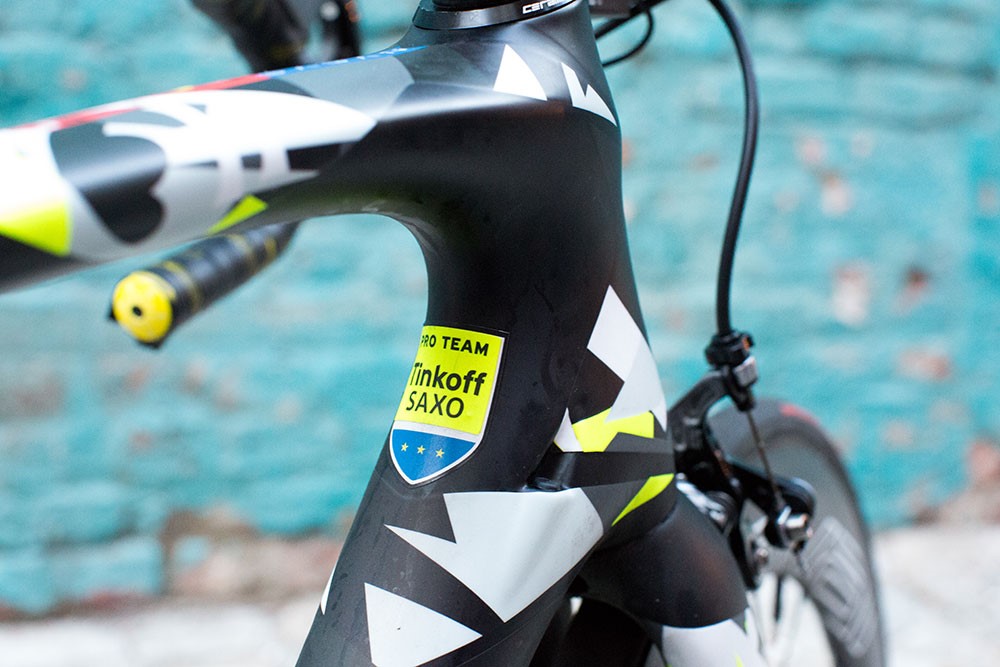 At that time, sagan also rode this chariot on behalf of the jingkof-saxo bank team to win the six tour DE France runner-up, the millennium second worthy of the name… 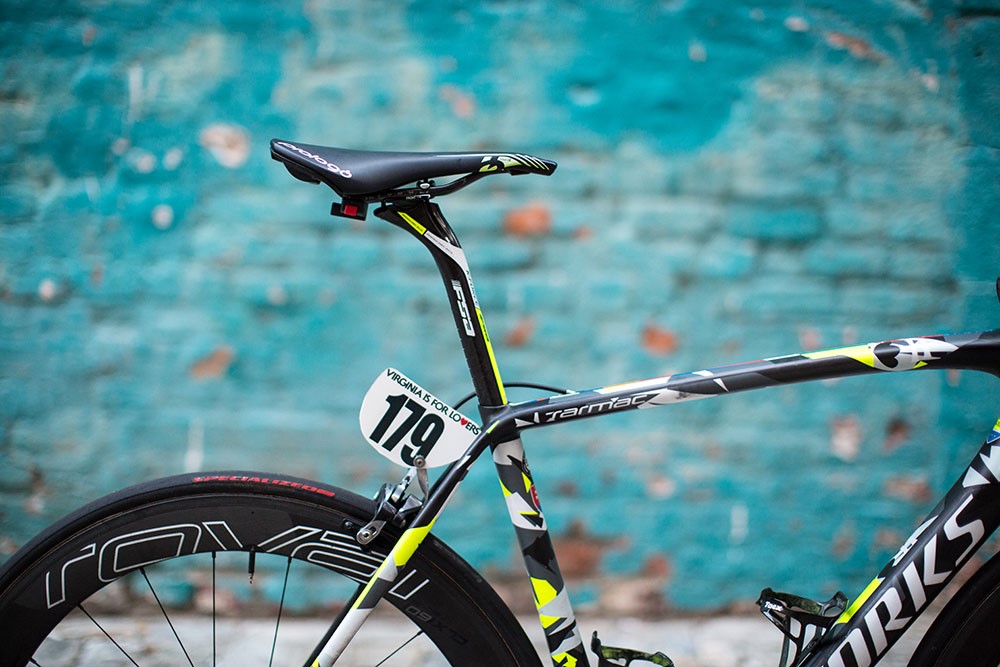 Both the Prologo and the FSA have provided sagan with custom-colored gear to match the frame. 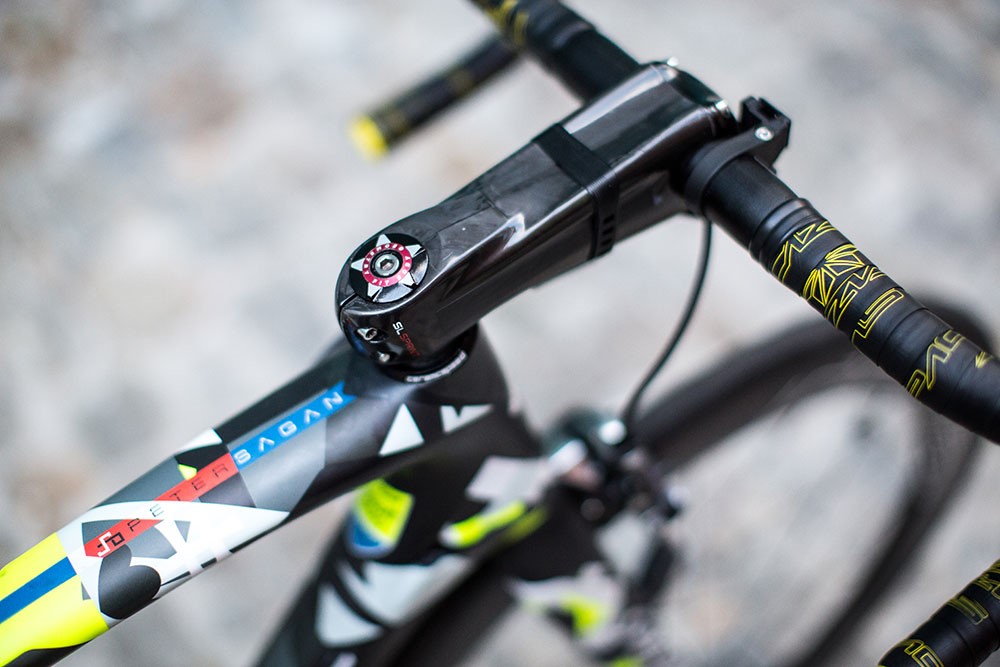 The ZIPP Sprinter superhard carbon fiber handlebars that have been a staple of sagan’s outfit to this day are visually incompatible with the skinny FSA Energy aluminum bent handlebars. The belt is also critically acclaimed as Supacaz Daisy belt. 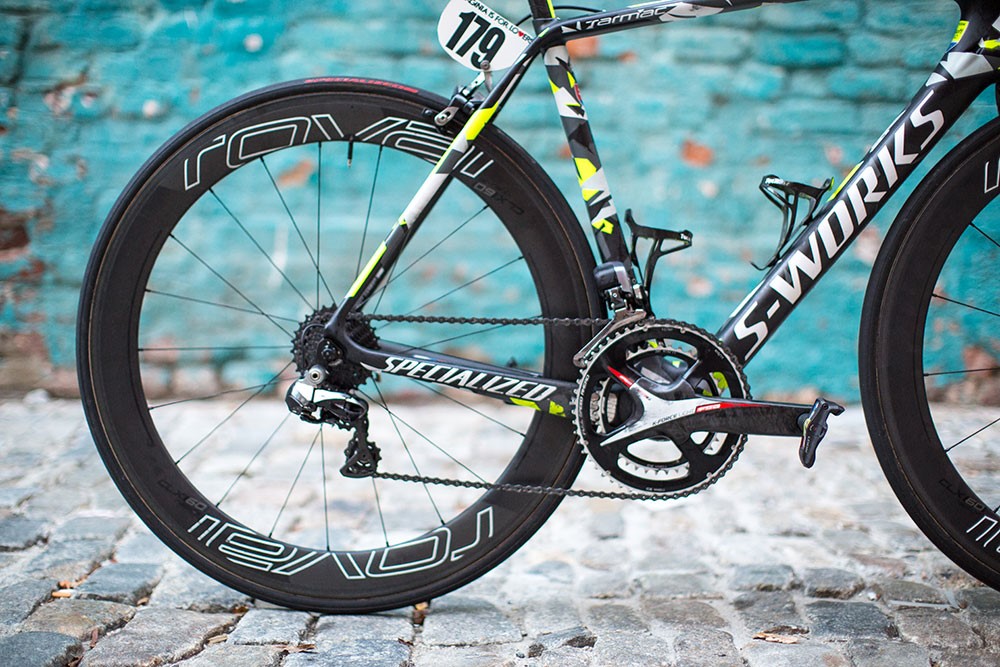 The dura-ace 9000 series feels like a new generation, but it’s actually been almost four years.

In 2015, sagan also won the tour DE France green shirt, but did not have the green shirt bespoke. Later that year, sagan won his first world championship. Two weeks after winning the title, sagan was given a rainbow camouflage coating Tarmac. 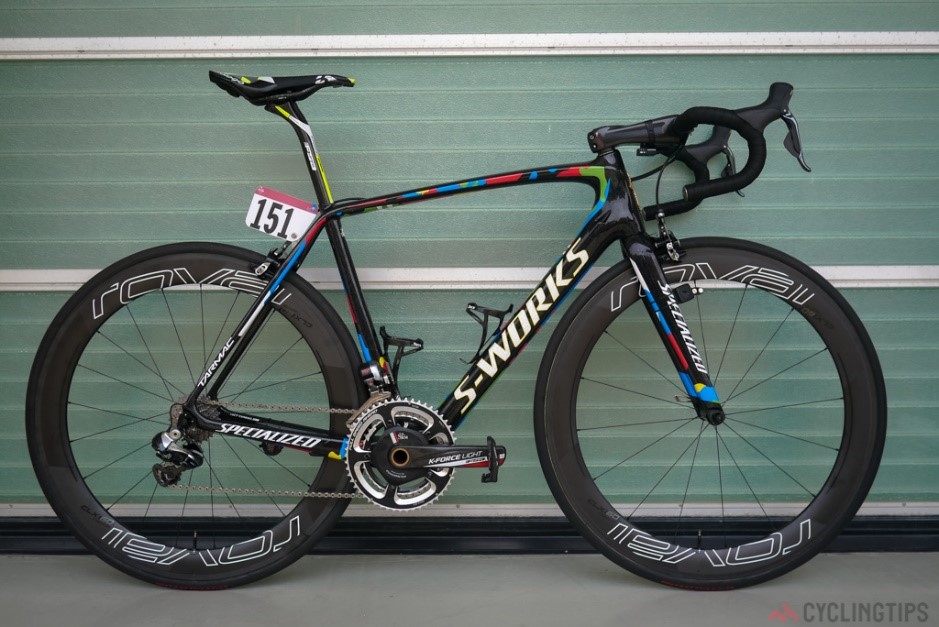 In contrast to the “white rainbow” of failed bikers, sagan’s rainbow paint is black, understated and luxurious. 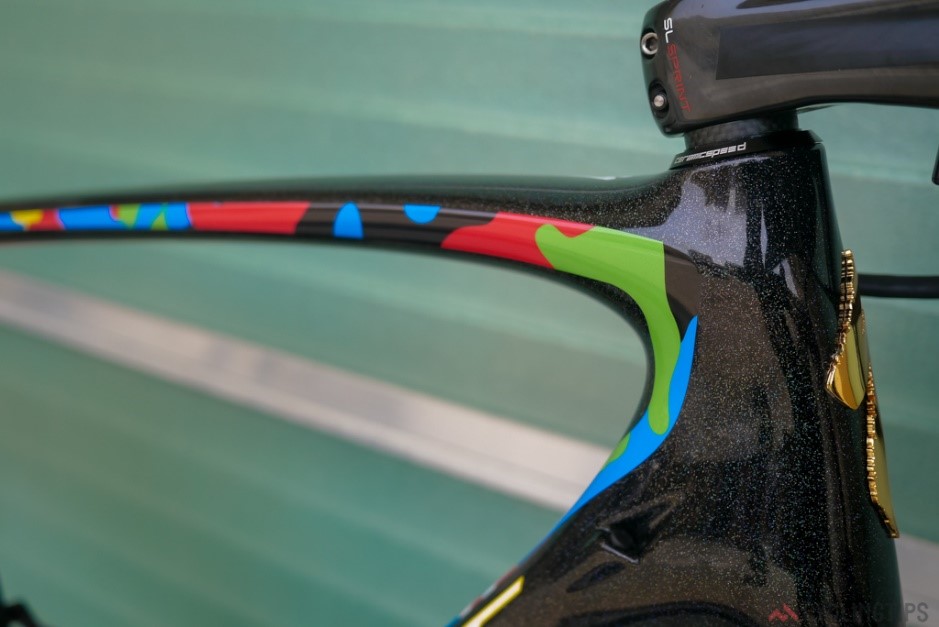 Rainbow colors in irregular camouflage, sagan and specialized are the only one. 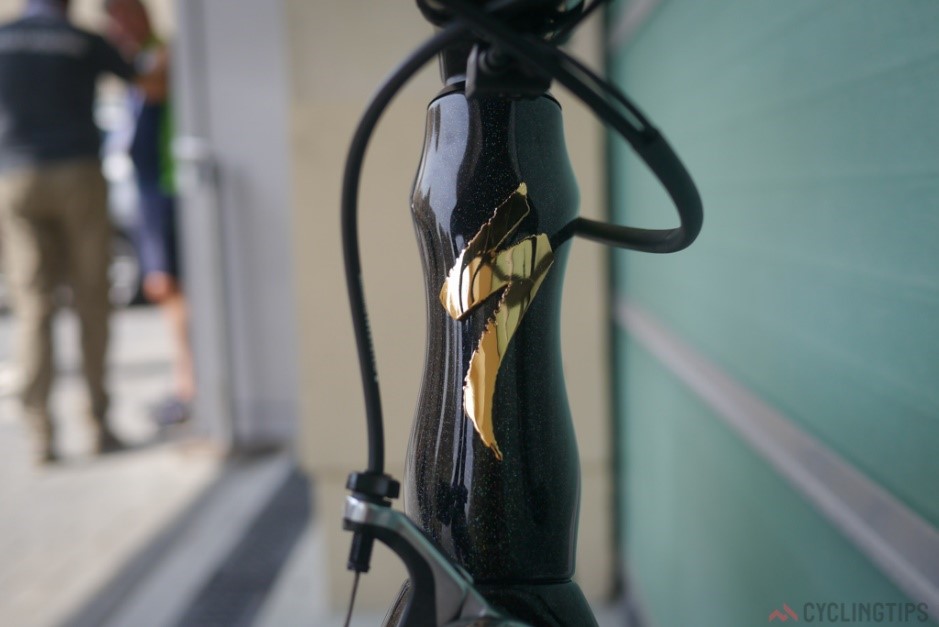 No one expected that tuhao gold would become one of sagan’s “bad taste” in the following years. It’s so beautiful. 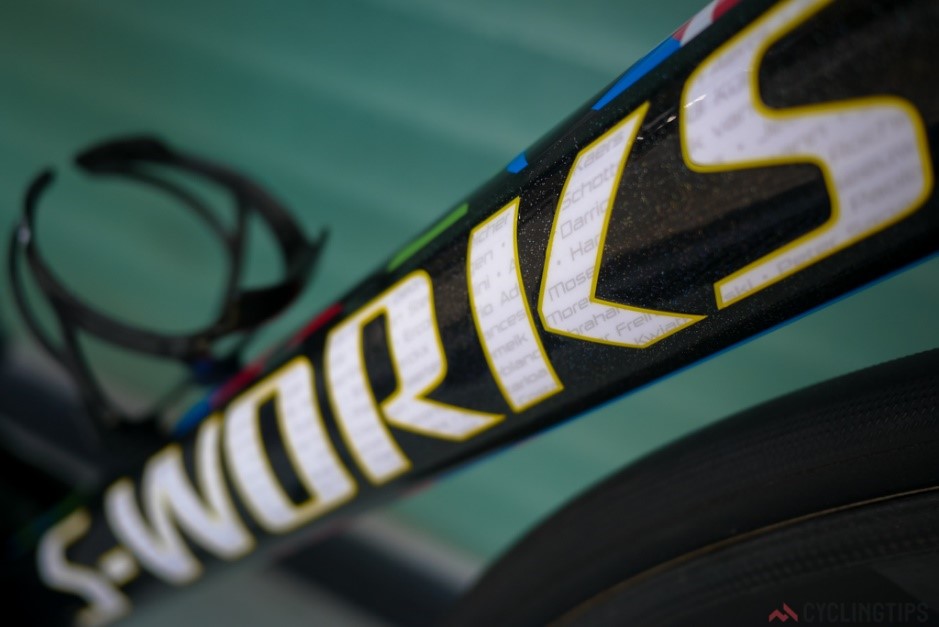 The details on the s-works Logo are also stunning. It’s all about the owners of previous rainbow shirts. 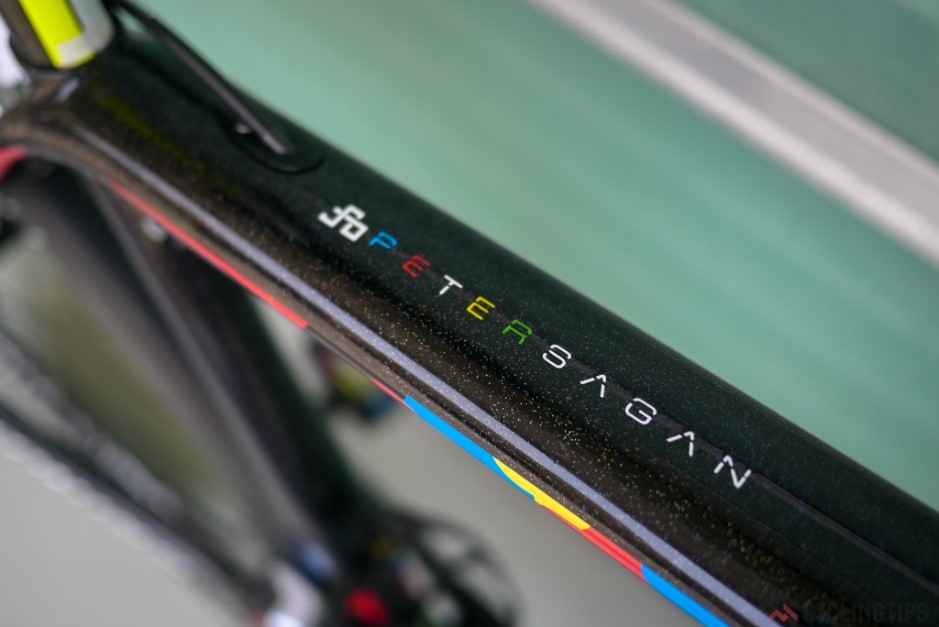 Sagan joined Tinkoff, with the help of specialized also has its first exclusive Logo. 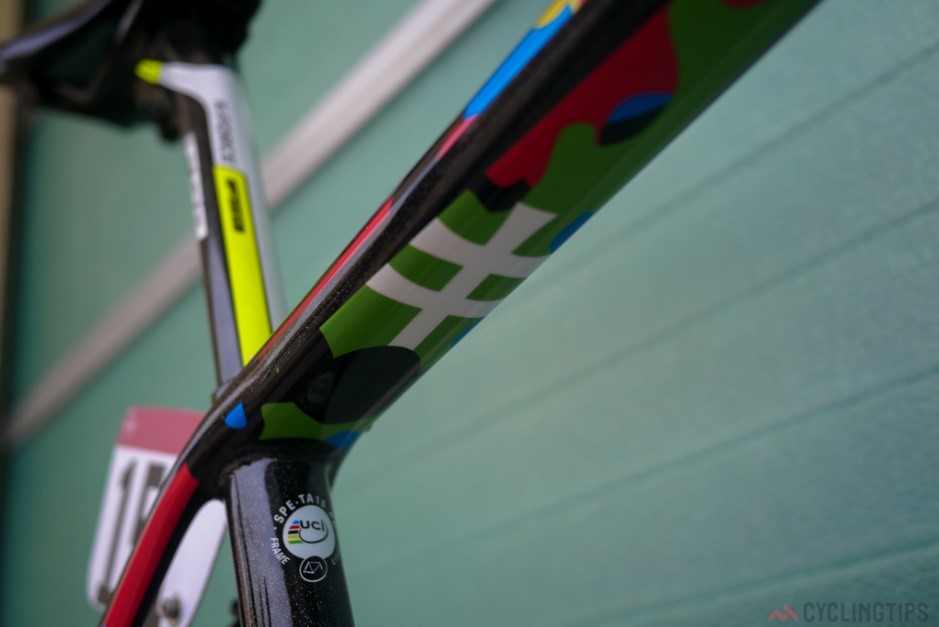 Sagan’s slovak flag was hidden in an inconspicuous position.

To be continued… (conclusion of the article the day after tomorrow, be there or be square) 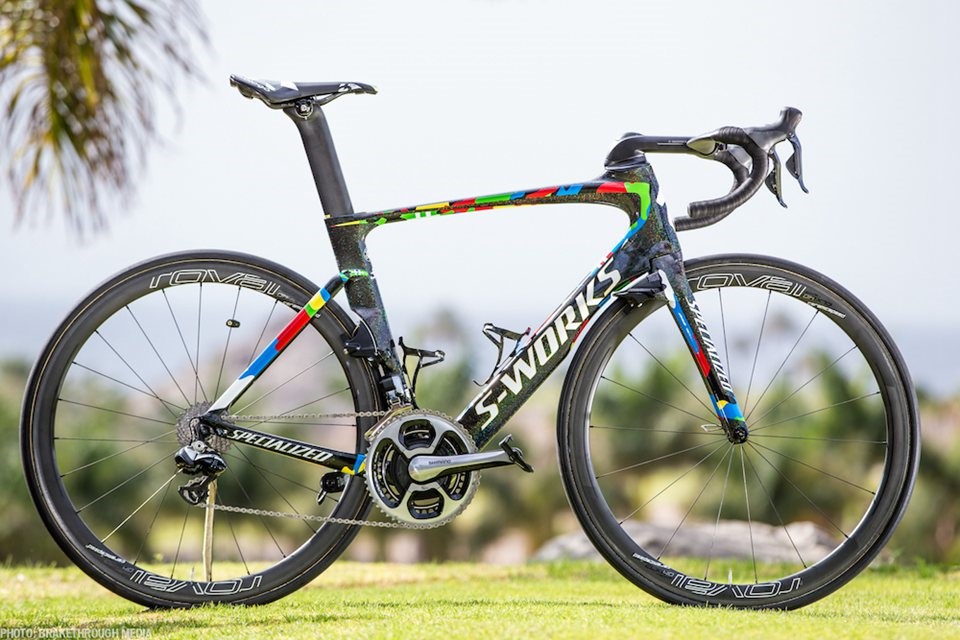 Next: Beginner’s guide: how to choose suitable size your mountain bike?