Recently, I came across an article with a high reading. Let me write it down just so you know. This is the account of a 16-year-old cyclist. I respect him.

E-bike, for most people, is just a simple means of transportation. But for me, it carries my soul, carries my youth. 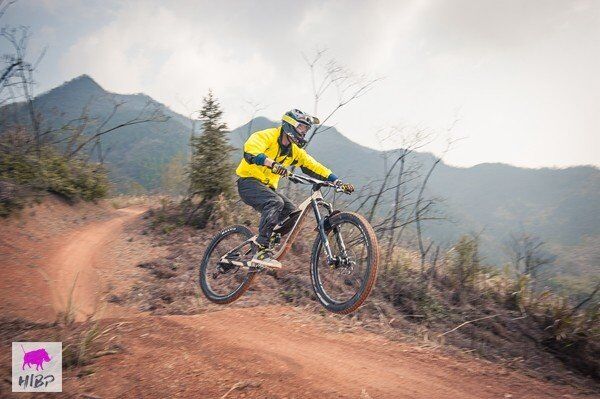 At the beginning, riding electric bicycle is to save money, now my family all think I am “taking drugs”, to ride electric bicycle too much infatuation. After four years of using e-bikes, technology, experience and knowledge have changed along with the equipment. The change of equipment has witnessed the troubles and obstacles I have passed on the cycling road, as well as my growth all the way. 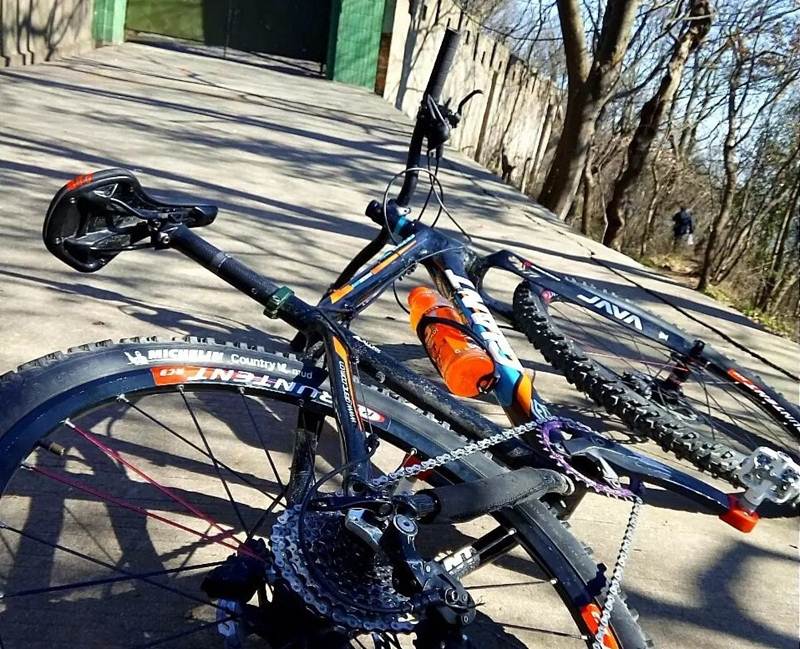 In 2016, I got my first mountain bike, giant atx777. At that time, I was infatuated with riding electric bike, and I would ride the bike to play outside whenever I was free. I also began to scrimp and save money to upgrade my electric bike. It was the first time I experienced the fun of cycling, even though it would have been filled with strange and even silly things.

At that time, I was still a novice cyclist and didn’t know what level I wanted to achieve. Riding a mountain bike, doing what a road bike does. Far from realizing the real fun of mountain biking, I rode across the street every day and took a long trip on weekends.

Looking at my modified JAVA hard fork, I know that I was a layman at that time. According to the general plot development, before long I will throw myself into the arms of the road car.

But a movie that became a pit in the road and what I wanted to accomplish.  I think this movie is also the reason many cyclists go mountain biking. That’s right. The movie is <Where the Trail Ends>.

Watch riders hurtling down the gobi desert in xinjiang, northern Utah, kafayat in Argentina, and Nepal, doing cool stunts.  I think is that a moment, I really know electric mountain bike open “right way”, know what I want. 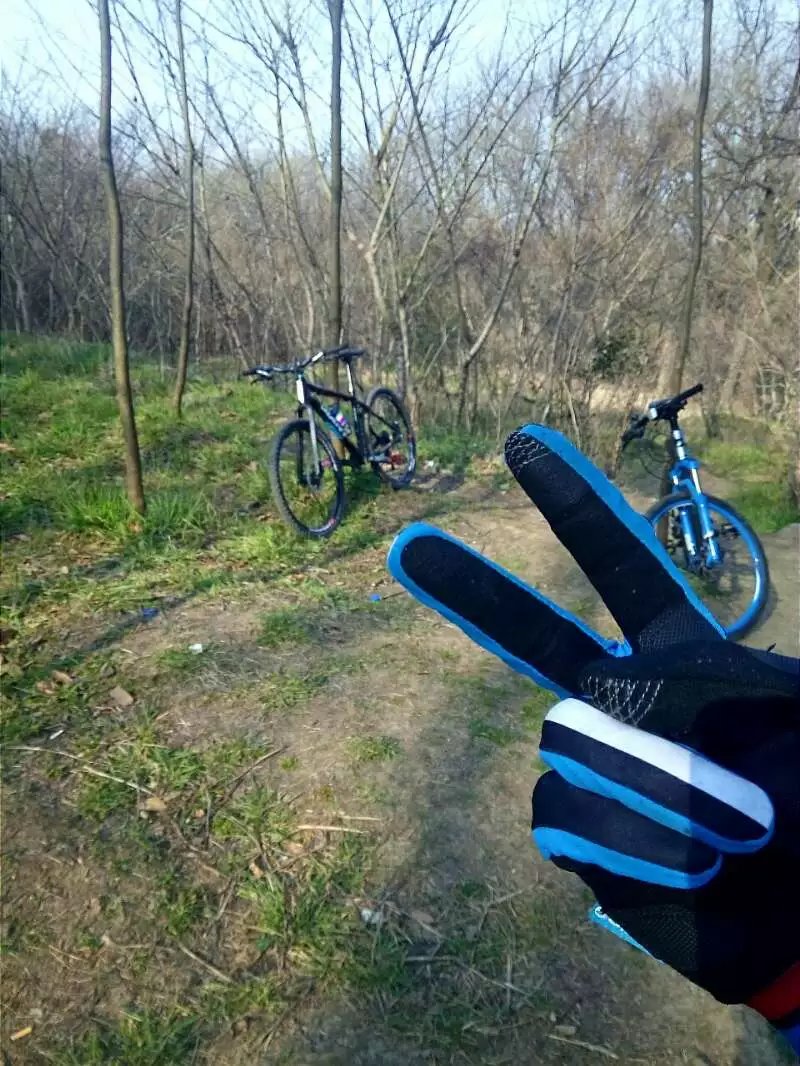 But my poor skills are… It was from then on that I began to learn all kinds of knowledge about electric mountain bikes, and when I had time, I would practice mountain bike riding skills from various places. The first time up the mountain, although ready, but I still hold the brake trembling, a little slip down.Though so be careful, but still could not escape of wrestling fixed patterns. Fortunately, the fall was not serious, and even quite happy. 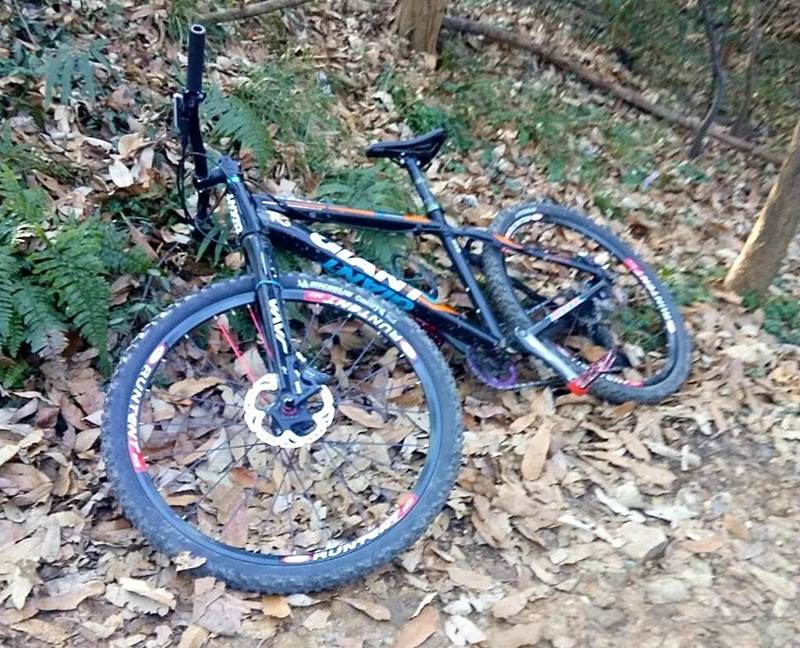 Ever since I “got it right,” I’ve been hooked up to electric mountain bikes. After school, I went home, finished my homework and went out to practice the E-bike. On weekends and holidays, if you want to find me, you have to go to the mountains, because almost always I go to the mountains again by electric bike. 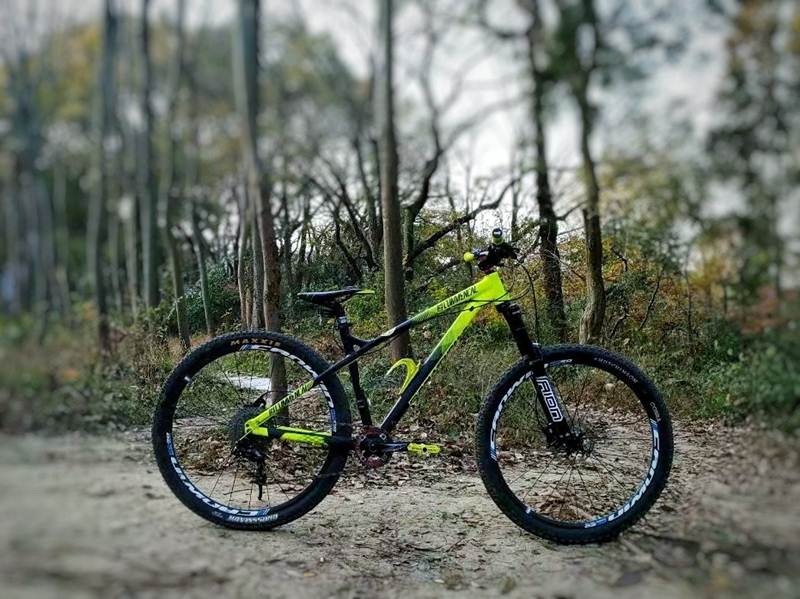 The atx777 has become a bit of an embarrassment as the technology and intensity of electric bike riding have improved. Equipment upgrades followed. Due to budget and so on various aspects of factors, and finally commencal meta ht became my new chariot, accompanied me in electric bike on the road more walk more far. And Atx777 continue to play its role, became my daily walking tool. 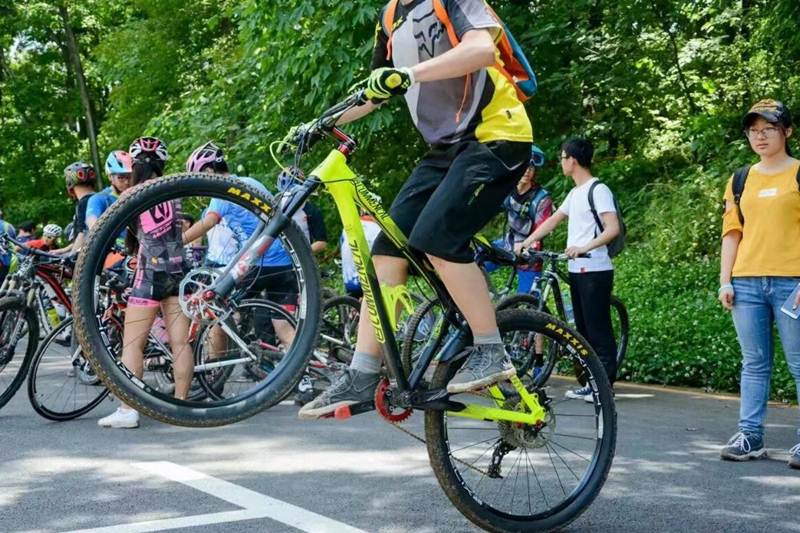 Equipment has qualitative change, the technology also has to follow up. After the change, the practice became a “must do homework” in spare time. With practice, the technique has improved a lot. Rear roller skating, rear wheel fixed, rabbit jump and so on can be operated at will. 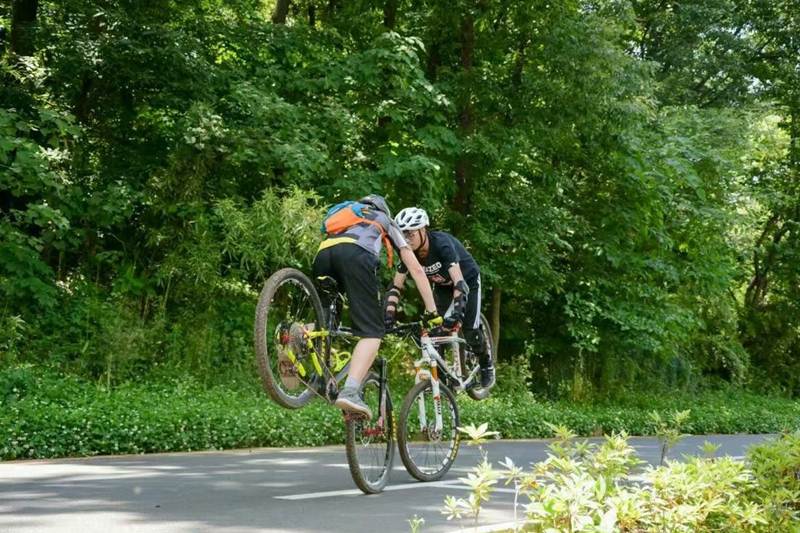 The fun of cycling, in addition to challenging yourself and feeling the beautiful scenery, is also a kind of happiness to be with good brothers and friends. Everybody together, ride electric bicycle chat, exchange exchange technology is also very happy.

Here I also want to thank the brothers who accompanied me all the way, thank you. 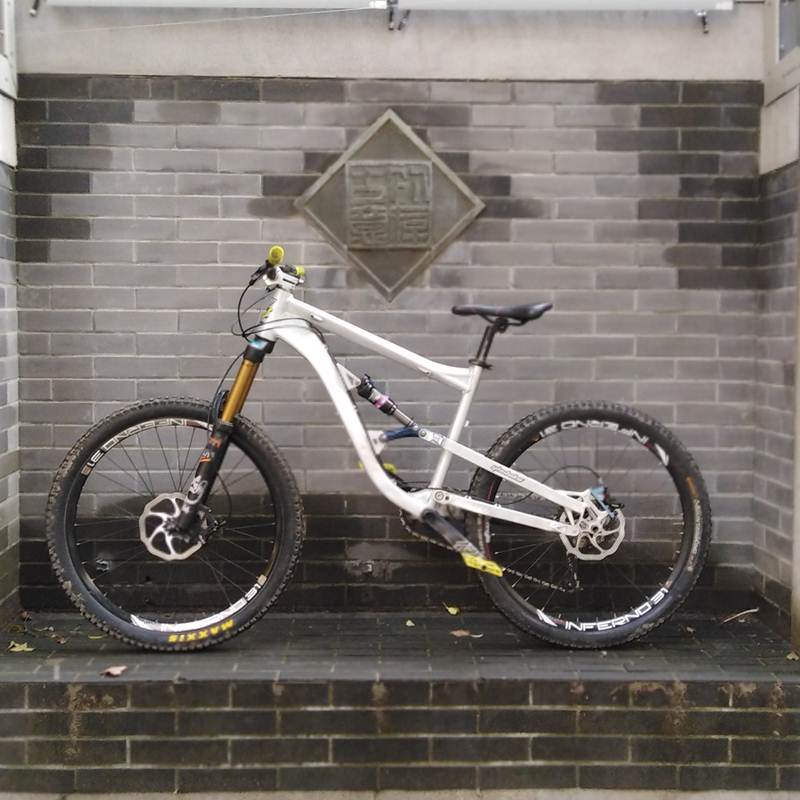 With the increasing playing time, hard tail am gradually can not meet my requirements for equipment. The change of soft tail is also on the agenda. However, due to the lack of money, finally only change into the above soft tail. It is an ancient structural device.  It also stayed with me for a long time, clearing the way for me to ride. 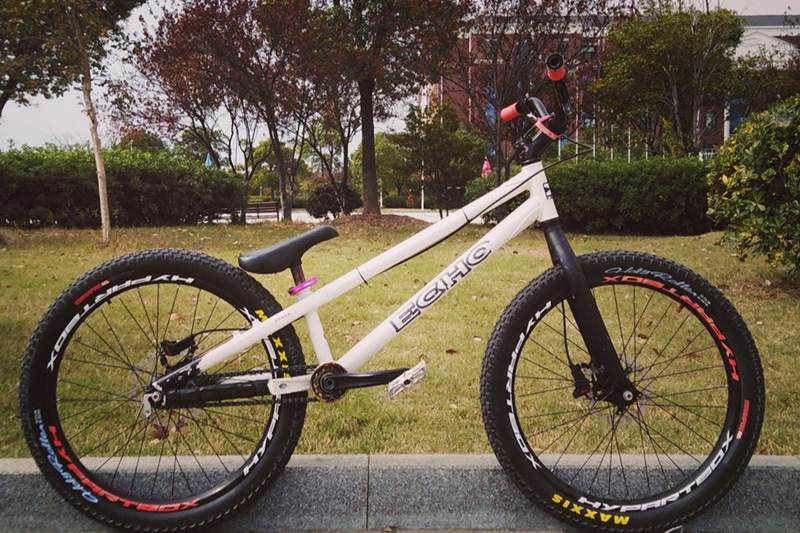 I had trouble with my technique while changing the soft tail. Long practice has made only modest progress. My more skilled friends in the circle suggested that I set up a “car” like a street to practice my skills. I also happened to be very interested in Danny’s street climbing bike video.

So I had my first street climbing bike. Although it was very common in configuration, it helped me break through the bottleneck of technology and made great progress in my technology. 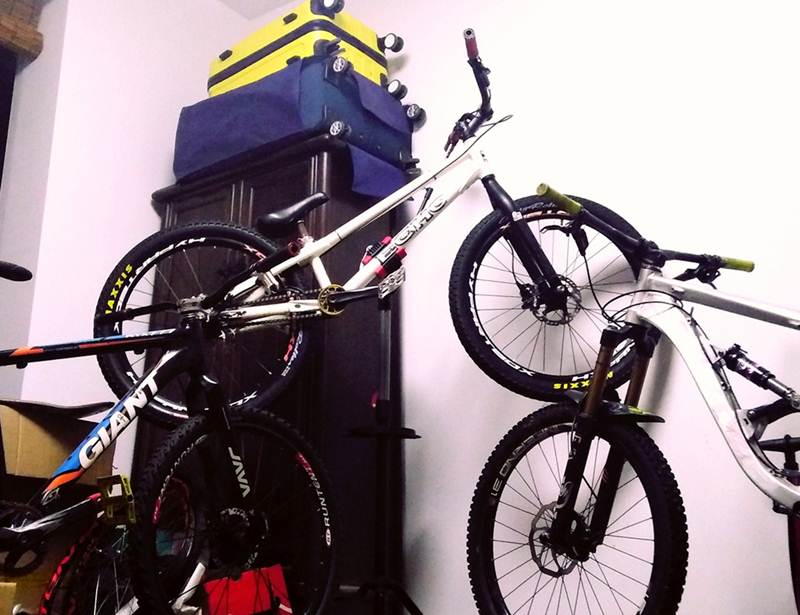 ▲ I used to be a man with three cars 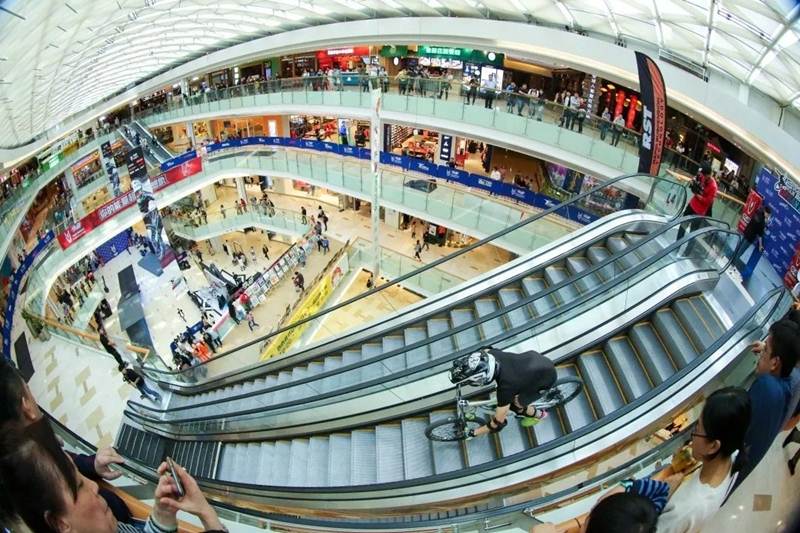 Riding electric bicycles for more than two years, and did not participate in any formal competition. One is because there are no suitable matches in nanjing and nearby, and the other is because I was a little bit afraid at that time. But always move forward.

The first race of war horse city was held in nanjing, which was my first race. I overcame my fear and faced the competition with a normal heart. Finally, I got a good result, which I think is also a progress for me. 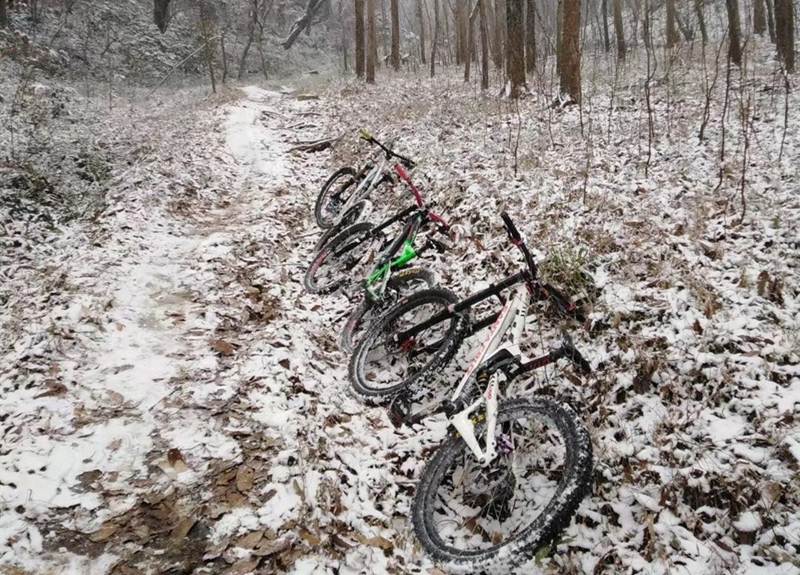 As a “cyclist”, doesn’t ride when it’s snowing? No way. This is the last time I will fight with this chariot. Because my playing path is more and more uneven, it is gradually unbearable. Switching is also on the agenda. But how to choose an e-bike has also become a vexing problem. 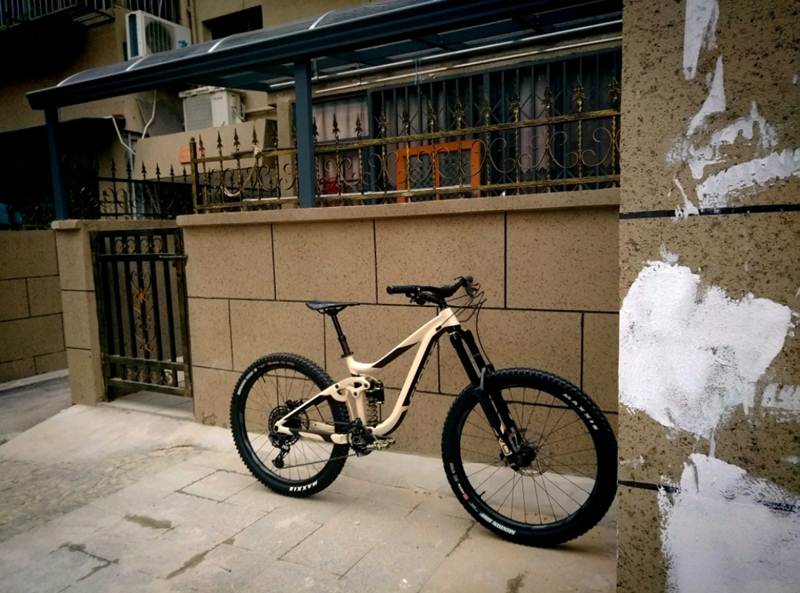 As budgets grew, so did the choices. The chariots are dazzling. Each has its own unique technology, each has its own highlights. But in the end, I chose giant. Thus my active chariot, giant reign sx. 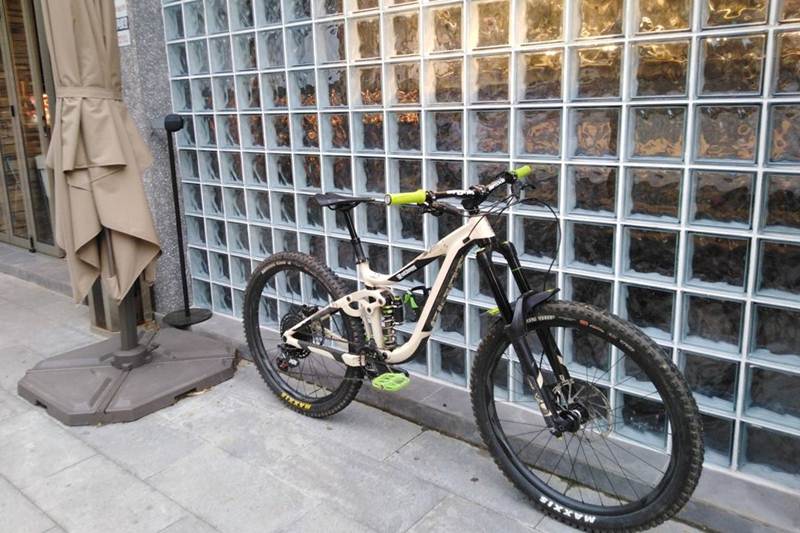 When electric bikes get better, trouble ensues. The complicated dvo front and rear bladders are a problem for the doctrine, and the special specifications of the rear bladders make it difficult to replace the spring with a higher number of pounds. However, after continuous learning and trying, these problems are successfully solved in the end. The spring is also matched from SLH. With the continuous running in reign, my technique also improves with the improvement of the chariot. 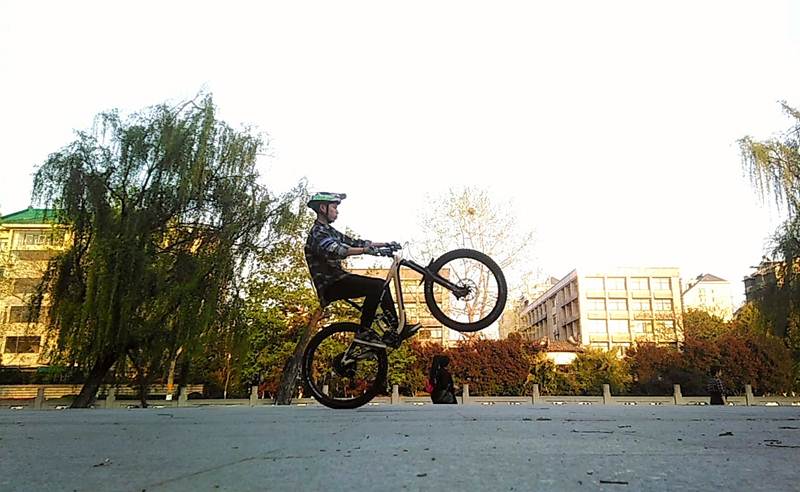 Gradually, the nanjing route seemed unable to satisfy me. I wanted to get out there, jump off the beaten track, and see the world. Because I am still a middle school student, and I still have time, parents, budget and other reasons, I have never been able to achieve it. However, after unremitting efforts, I finally got my wish to go to the mountain bike park elsewhere to study. 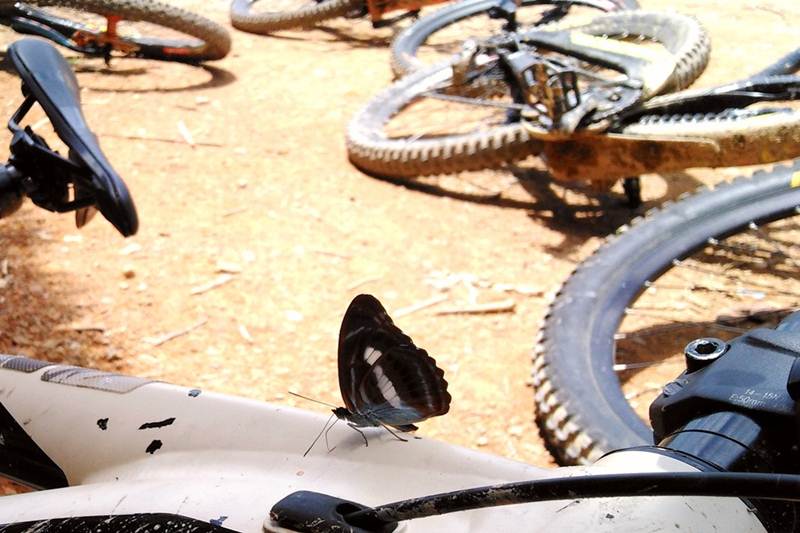 When I came to bp park, the first time I contacted the park route, I was a little confused. Fortunately, with the guidance of seniors, I quickly adapted to it. I also learned flying bag for the first time. Because, in nanjing what all have is no bag, don’t ask me why not repair, say many just want to shed tears.

Although there are no bags in nanjing, there are plenty of stones in nanjing. So to say what nanjing riders are most afraid of, that is all kinds of rocks.  Others were nervous about the chaos, but we were enjoying our ride. (I’m sure anyone who’s ever been to yongfeng BPBP mountain bike park knows where it is in the photo.)

Coming to bp, I also took part in the first real downhill race of my career. Participated in a competition called the rookie group, which is actually the devil group (remember that the rookie group has a faster average score than the general group… ). Finally, I also got a good result “devil group” tenth. 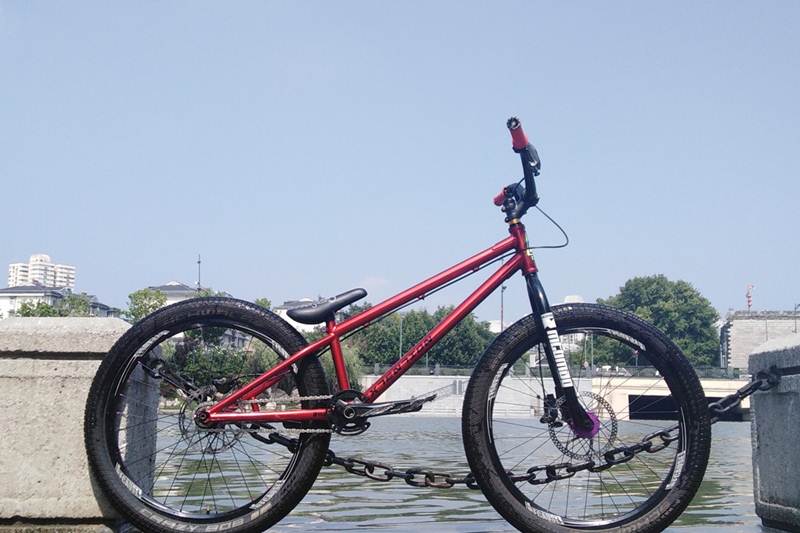 The mountains are improving, and so are the street bikes. New cars also bring new advances.

The article to the end, I still have a long way to go, because I am only 16 years old. I hope I can play like this forever and never forget why I chose to play bike in the first place.

Previous: Electric bicycle beauty Mary has a dream of “participating in the Olympics” from GHOST team

Next: From terminator to double-sided strange outfit – chronicle of Peter Sagan’s chariot painting